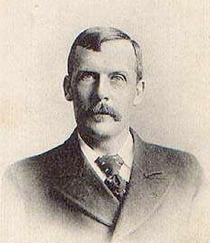 Probably built sometime in the 18th century. It served as a coaching inn on t...