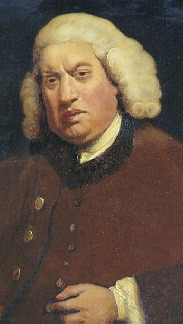 He lived on this site prior to moving to the famous Samuel Johnson's House in...