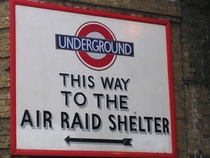 Aged 34, killed by a burglary gang fighting their way out of a building in Cu...

Killed in the Moorgate tube disaster.  Father of the writer Laurence Marks, w...