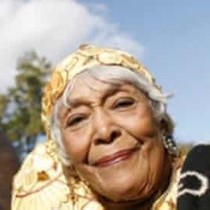 Poet, writer, teacher, playwright. She was born as Cecile Elise Doreen Burgan on 1 June 1919 in Georgetown, British Guiana (now Guyana). She Wrote music and poetry from an early age and In 1942 married Romeo Nobrega. Trained as a teacher and migrated to the UK in 1969. She lived in Stockwell from about 1980 and electoral registers for 2003-2008 show her listed at Flat 23, Lee Samuel House, 10 Nealden Street, London, SW9 9QX. She died, aged 94 years, on 19 November 2013.

This section lists the memorials created by the subject on this page:
Cecile Nobrega

The Queen's college site is a lively site and provides some history. Catherin...

Popularly known as the Brompton Oratory. Founded the year after Cardinal New...