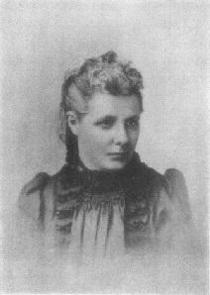 Theosophist, women's rights activist, writer and orator and supporter of Irish and Indian self rule. Born Annie Wood at 2 Fish Street Hill. Married, aged 19, Frank Besant (brother to Sir Walter) but they separated for religious differences. Worked with Charles Bradlaugh of the National Secular Society and in 1877 published a pamphlet on contraception. Bradlaugh and Besant were arrested, conducted their own defence and got off on a technicality. The scandal had little effect on Bradlaugh's future political career but Besant was deemed unfit to care for them and her husband gained permanent custody. We've read that Bradlaugh and Besant were living together so that may have been at the bottom of the decision.

Became interested in India and theosophy and in 1907 become the President of the Theosophical Society. From about 1893 she lived half each year in India, where she died.

This section lists the memorials where the subject on this page is commemorated:
Annie Besant