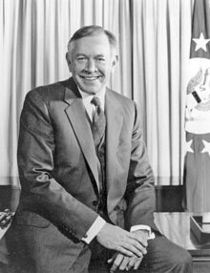 The 1940 census shows him living at 450 West Meyer Boulevard, Kansas City, with his parents and two older step-brothers. His father was a candy manufacturer.

Our picture source gives details of his education, his military service between 1953 and 1955 in the United States Air Force and his commercial business interests. On 10 May 1953 he married Janice Y. Blair (b.1930) in Normandy, St Louis County, Missouri and they had two children: a son Charles Blair Price and a daughter Pickette Price. His second marriage was to a divorcee, Carol Ann Swanson (b.1937), on 10 January 1969 in Kansas City and they had one son, Charles Harry Price III.

His family lived at both Apartment 10, The Walnuts, 5049 Wornall Rd, Kansas City, and at the Eldorado Country Club, Indian Wells, Riverside County, California, USA and it was at the latter address that he died, aged 80 years, on 12 January 2012. He was buried in the Forest Hill Cemetery, 6901 Troost Avenue, Kansas City, Jackson County, Missouri, USA.

This section lists the memorials where the subject on this page is commemorated:
Ambassador Charles H. Price, II

This section lists the memorials created by the subject on this page:
Ambassador Charles H. Price, II

Manufacturers of ceramic pipes and construction materials, named after the Bu...