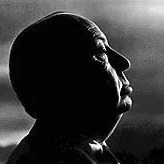 Actor. Born Salford. In 1960 Finney and Olivier worked together on The Entert...