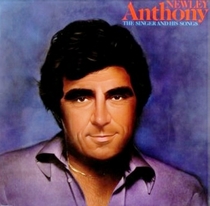 Actor, singer and songwriter. Born at 230 High Street, Hackney. He played the Artful Dodger in David Lean's 1948 film of Oliver Twist, and on television he was in the impenetrably surreal 1960 comedy 'The Strange World of Gurney Slade'. His recordings included songs like 'What Kind of Fool Am I' and the novelty numbers 'Pop Goes the Weasel' and 'Strawberry Fair'. In the theatre he had moderate successes with 'Stop the World I Want to Get Off' and 'The Roar of the Greasepaint, The Smell of the Crowd'. He had four wives, including Joan Collins. Died at Jensen Beach, Florida.

In David Bowie's early years, when he was looking for a way to break into the business, he emulated Newley, but asked about it in 1990, he blanched: “Aargh, that Anthony Newley stuff, how cringe-y. No, I haven’t much to say about that in its favor. … Musically, it’s quite bizarre. I don’t know where I was at.”

This section lists the memorials where the subject on this page is commemorated:
Anthony Newley