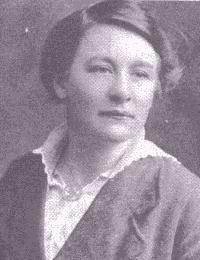 Adela Constantia Mary Pankhurst Walsh was a British-Australian suffragette, political organiser, campaigner for peace and co-founder of both the Communist Party of Australia and the Australia First Movement.

Born Manchester to Emmeline Pankhurst and joined the suffrage campaign that her mother and sisters were already engaged in. She emigrated to Australia in 1914 following estrangement from her family and frequent incarceration. 1917, she married Tom Walsh of the Federated Seamen's Union of Australasia, with whom she had a son and five daughters. She became disillusioned with communism and founded an Australian women's anti-communist group. Ended her life in Australia as a Catholic.

This section lists the memorials where the subject on this page is commemorated:
Adela Pankhurst

Born as Rachel Armstrong she grew up in Ealing. As an adult lived in Camden -...