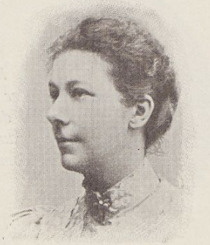 Suffragist, socialist, poet, and autobiographer. Served on executive of the NUWSS and then joined WSPU and Women’s Tax Resistance League, whose members refused to pay taxes.

Born as Dorothy Frances Fuller in Surrey. 1874 went to Australia where she married George Barrow Montefiore. They had two children. In 1889, her husband was lost at sea and Montefiore learnt that she had no automatic right of guardianship of her children. Result: one committed advocate of women's rights. The first meeting of the Womanhood Suffrage League of New South Wales was held at her home, 1891. In 1892 she left Australia and after spending several years in Paris, settled in England where she continued to campaign. Died Hastings.

This section lists the memorials where the subject on this page is commemorated:
Dora Montefiore

Co-founder of the Irishwomen’s Suffrage and Local Government Association. Bor...