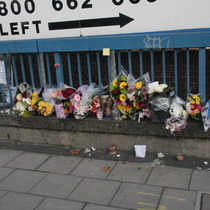 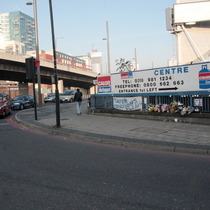 This section lists the subjects commemorated on the memorial on this page:
Svitlana Tereschenko

This section lists the other memorials at the same location as the memorial on this page:
Svitlana Tereschenko

The carving on the south face has a peculiarity which we think must be an err...