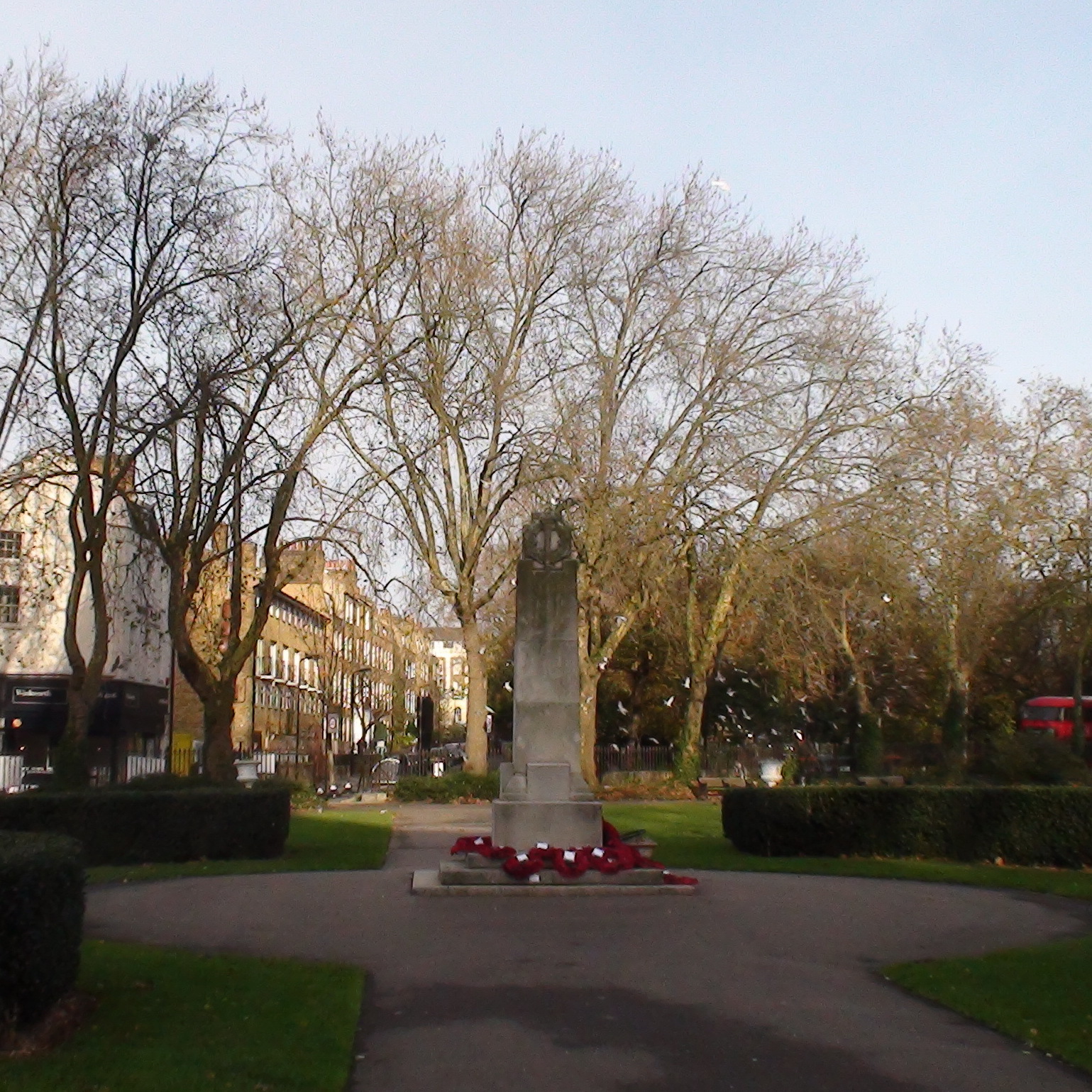 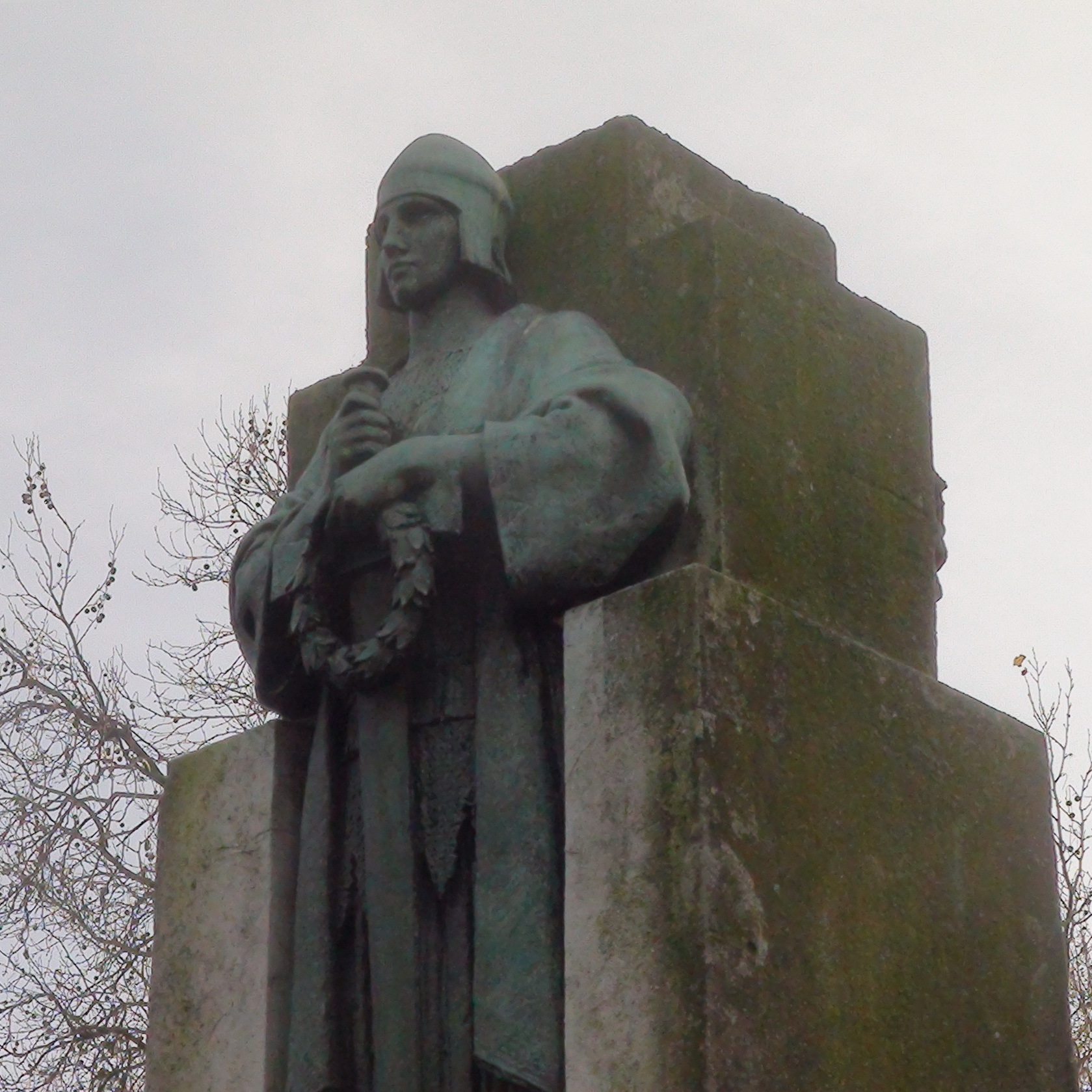 The Listing text gives: "The almshouses in Wattisford Road for Disabled Soldiers and Sailors, referred to in the inscription, was opened in 1923. Designed by Gunton & Gunton, they consist of a row of six cottages {at the southern end of the road} with a semi-detached house at each end." and:

"On 28 July 1922, The Builder magazine published pictures of the memorial. It reported that through the design 'the connection of Hackney with the mediaeval crusades (the Knights Templar were located at Temple Mills in 1270) is linked up with the recent campaign in Jerusalem, in which Hackney churches took part'."

Unveiled by Sergeant Harry Kenny and Sergeant Issy Smith, both honoured with VCs.

The nearby information board gives: "It is probable that a church and surrounding churchyard has stood here since before the Norman Conquest, however no records survive of any building before 1275.  The small grounds of the old church, originally St Augustine's and later St. John's, were extended on the eastern side in 1763, where the walled garden is now, and again in 1790, to the north, to allow construction of the new church.

In the 1790s Harry Sedgewick, a trustee of the church, oversaw the planting of nearly 200 elm and horse chestnut trees in avenues throughout the churchyard.  Railings enclosed each area of tombs with high railings along Lower Clapton Road frontage. In 1893 large areas of the churchyard were cleared of tombs and then later in WWII the railings were removed from the site perimeter and around groups of tombs.

The Northern Recreation Ground on the north side of the church was designed formally. Its central feature is now the War Memorial which commemorates the 13,000 local men who were killed in action, many in the 1/10th (County of London) Battalion Territorial Force (Hackney) which formed in 1914."

Another board informs: "The present parish church of Hackney was completed in 1797. ... Designed by ... James Spiller...".

This section lists the subjects commemorated on the memorial on this page:
St Johns Hackney war memorial

Men of Hackney killed in WW1 and WW2

This section lists the subjects who helped to create/erect the memorial on this page:
St Johns Hackney war memorial 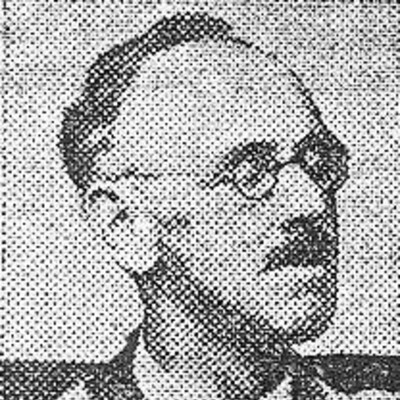 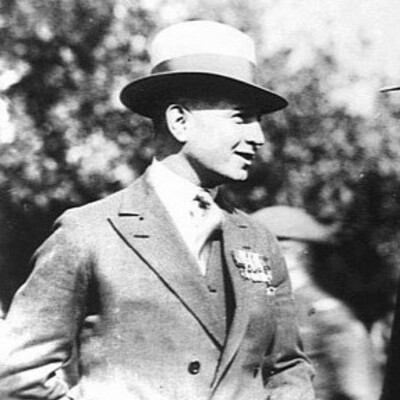 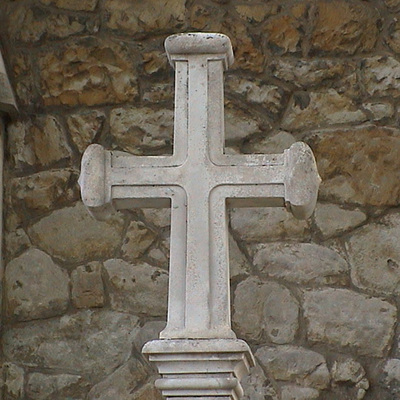 [On the stones at the base of the cross, in raised metal lettering:} To the greater glory of God and in proud and thankful memory of the... 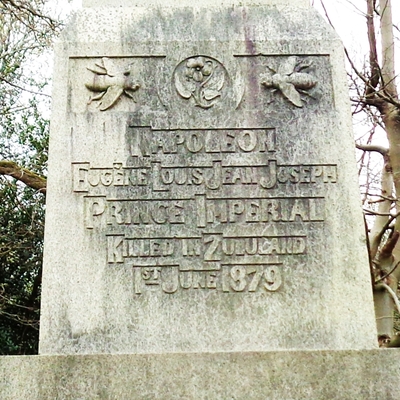 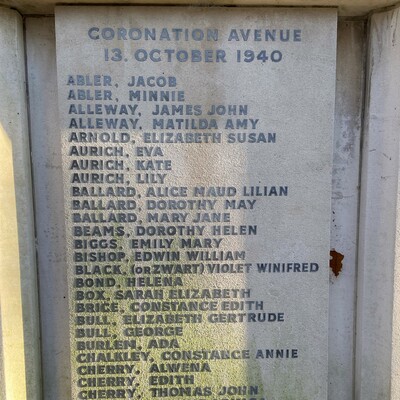 The 113 names are grouped by the location/date of the bomb: 88 people ("also 9 persons unidentified" at Coronation Avenue on 13 October 1... 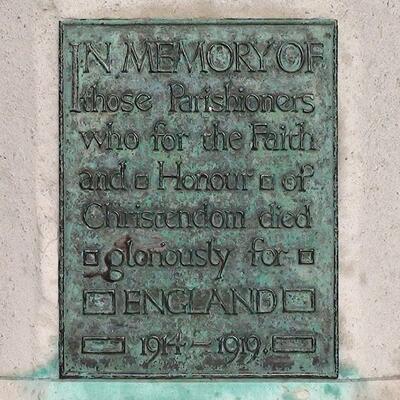 WW1 memorial at Church of St John of Jerusalem

Clearly today was not a good time to photo this church. At the centre of the cross is the monogram "I S H" which represent the Greek ini... 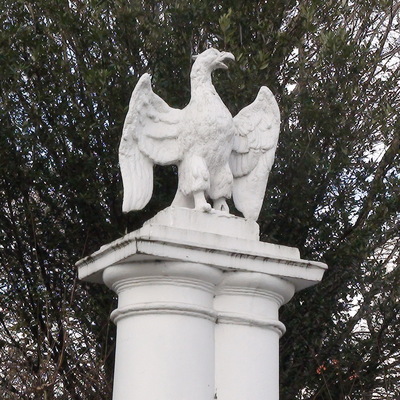 British History Online refers to this feature as “An eagle on a double Tuscan column, of unknown origin, stands in front of a garden…”. S...