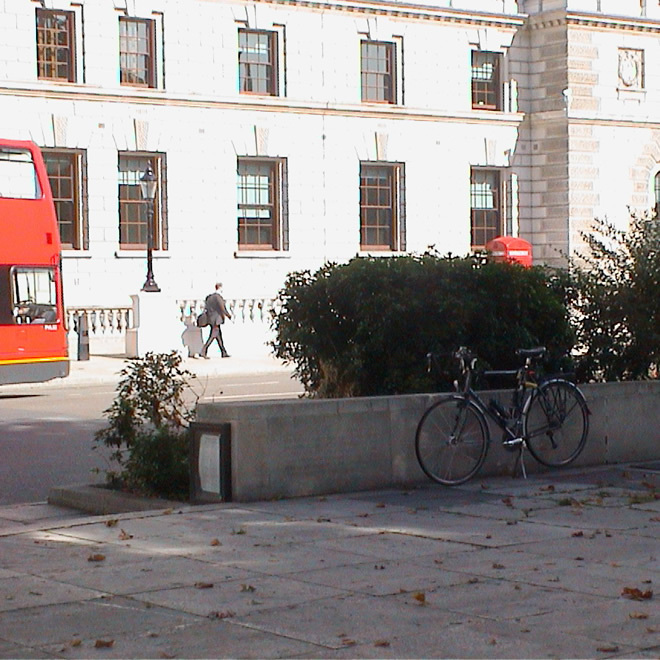 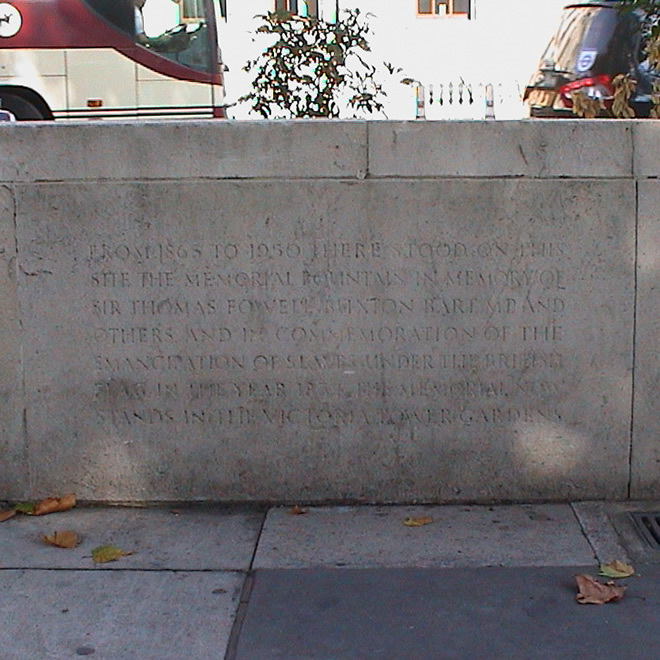 From 1865 to 1950 there stood on this site the memorial fountain in memory of Sir Thomas Fowell Buxton Bart. MP and others and in commemoration of the emancipation of slaves under the British flag in the year 1834. The memorial now stands in the Victoria Tower Gardens.

This memorial is on the low stone wall around the inside of Parliament Square, on the north side.

'London a Pilgrimage', 1872, by Gustave Doré and Blanchard Jerrold has, amongst all the other wonderful drawings, an image of this edifice here, in its original, location. The drawing shows people using the 'florid drinking fountain' as shelter from the rain. Similarly, Hitchcock's 1950 film 'Stage Fright' has a scene which shows the fountain still here.

This section lists the subjects commemorated on the memorial on this page:
Sir Buxton and slaves fountain - moved 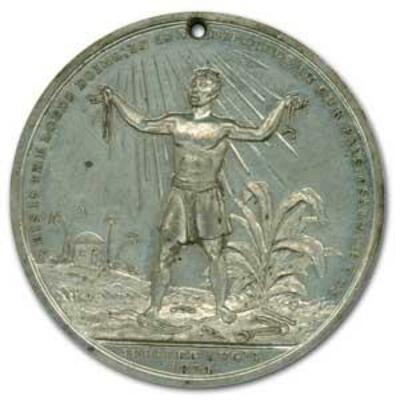 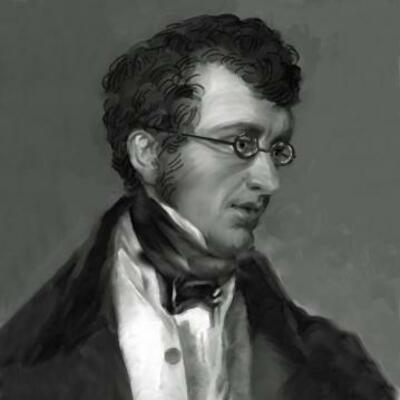 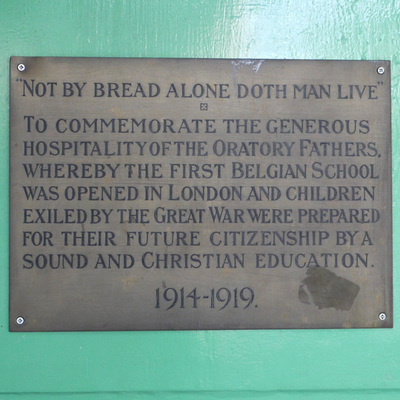 "Not by bread alone doth man live" x To commemorate the generous hospitality of the Oratory Fathers, whereby the f... 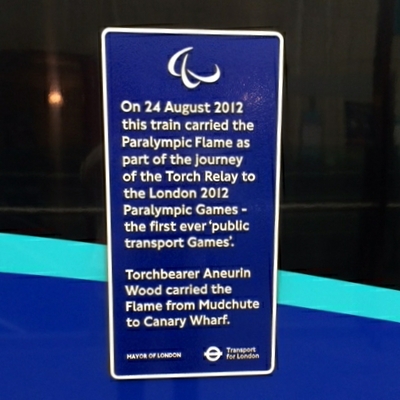 The plaque is on the side of the train. An unusual memorial in that it has no permanent location, so we have used the place where we fir... 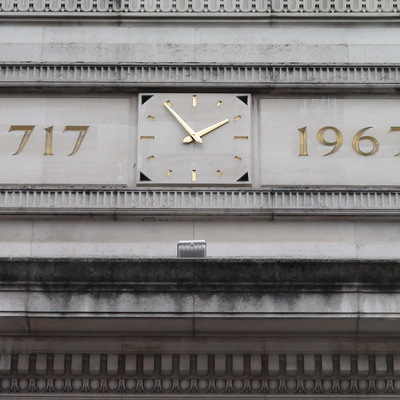 The (working) clock is at the centre of the decorative panel that you can see in the photo, above the columns flanking the entrance. The ... 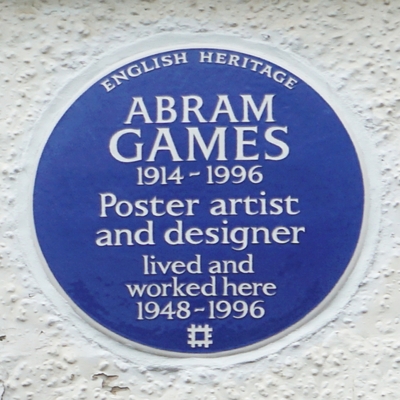 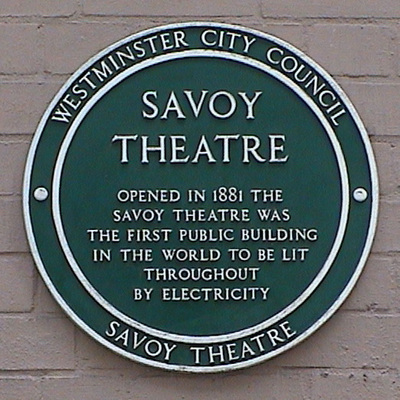 Westminster City Council Savoy Theatre Opened in 1881, the Savoy Theatre was the first public building in the world to be lit throughou...