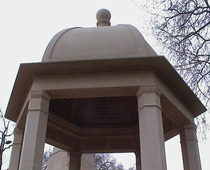 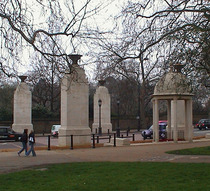 The lower section of the cross is inscribed with a list of 18 names. There is...