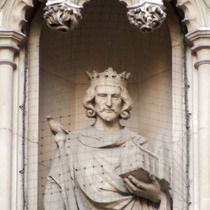 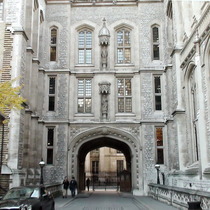 The building Henry clutches represents the House of the Converts which he built on this site in 1253. This was needed to house the Jews who had converted to Christianity and simultaneous forfeited all they owned. Following the expulsion in 1290 this was what Jews had to do to be allowed to stay in the country.

This section lists the subjects commemorated on the memorial on this page:
Maughan - Henry III

This section lists the subjects who helped to create/erect the memorial on this page:
Maughan - Henry III

This section lists the other memorials at the same location as the memorial on this page:
Maughan - Henry III