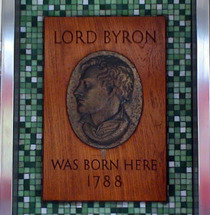 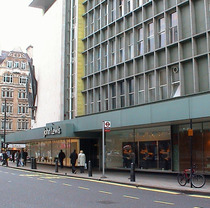 This section lists the subjects commemorated on the memorial on this page:
Lord Byron - non standard plaque

This section lists the other memorials at the same location as the memorial on this page:
Lord Byron - non standard plaque

The Metropolitan Tabernacle is still there, on Newington Butts at Elephant an...