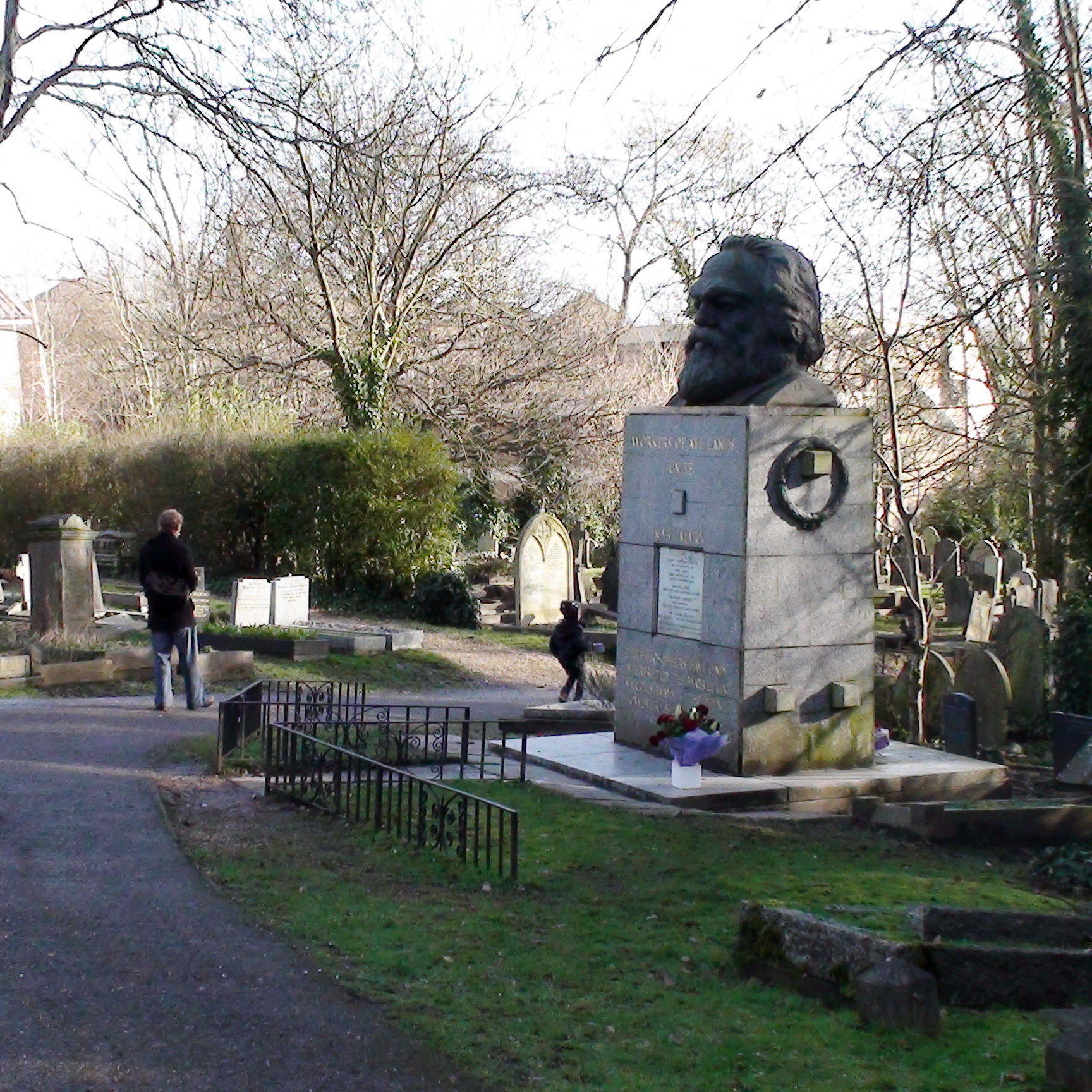 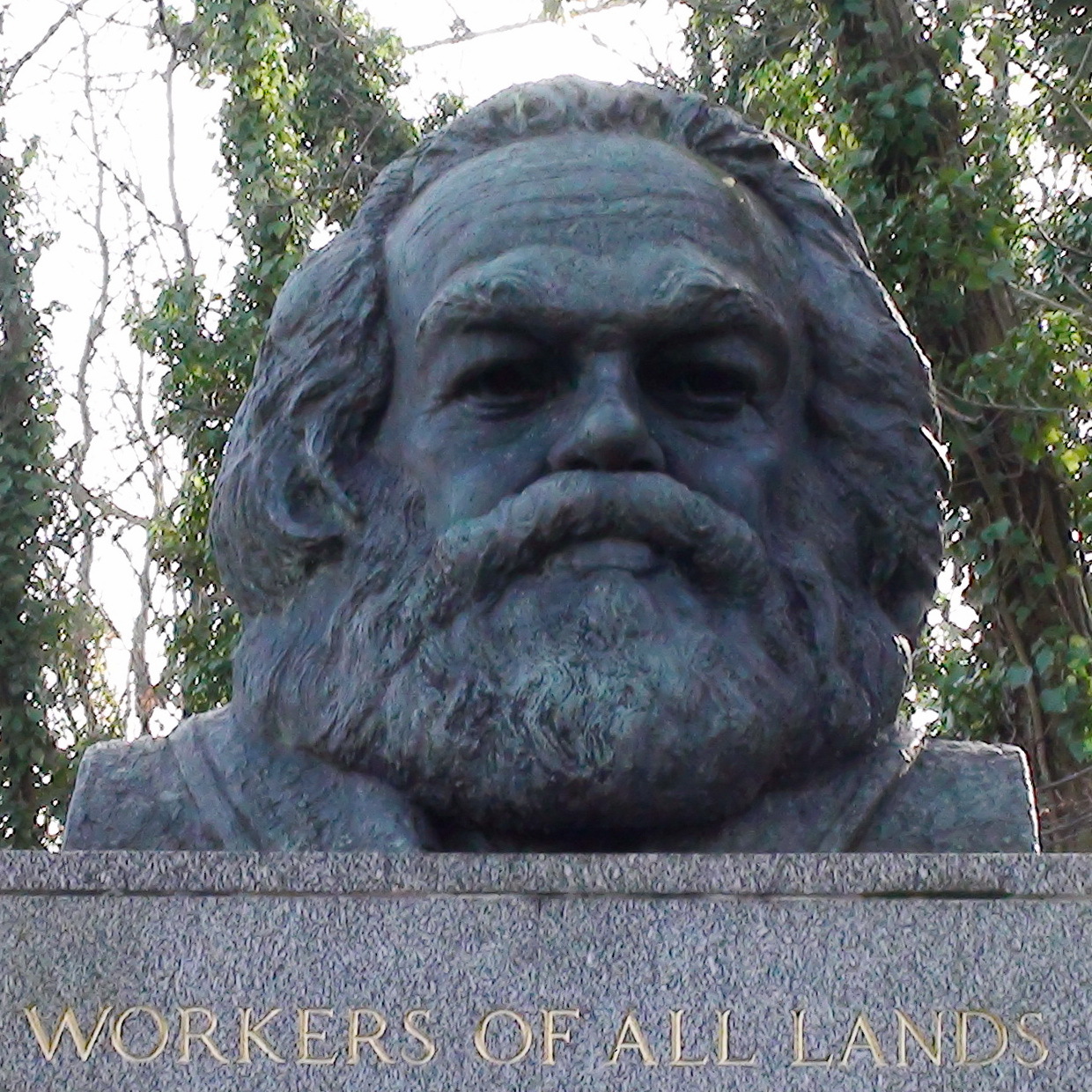 {Incised in gold letters in the granite:}
Workers of all lands unite
Karl Marx

{Incised in gold letters in the granite:}
The philosophers have only interpreted the world in various ways. The point is to change it.

As a rule we don't "do" graves but here's an exception. More a memorial than a grave this edifice has always attracted huge numbers of visitors. In 1884, on the first anniversary of Marx's death, between 5 and 6,000 people marched from Tottenham Court Road to the grave only to be turned away by police who, afraid of riots, had closed the cemetery. Marx was initially buried about 100m north but in 1956, in response to the interest in the grave, it was moved to its present location and this impressive memorial erected, funded by the British Communist Party. The original gravestone is incorporated into the plinth. A ceremony is still held here annually on the anniversary of his death, to the minute, at 2.30 pm.

Is Marx's grave a communist plot?

A scene in the 1966 film ‘Morgan! A Suitable Case for Treatment’ was intended to take place at this grave but filming on the site was prohibited so the grave was reconstructed in Kensal Rise cemetery, where filming was allowed. (Reported on the Radio 4 programme “Free Thinking” by Stephen Frears, an assistant director on the film.) We will have to watch the film again.

This section lists the subjects commemorated on the memorial on this page:
Karl Marx grave 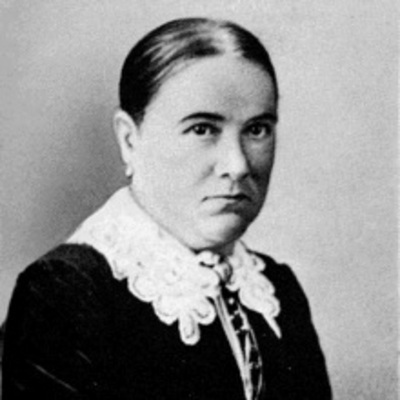 Housekeeper for Jenny and Karl Marx.  Born Germany.  Her date of birth is als... 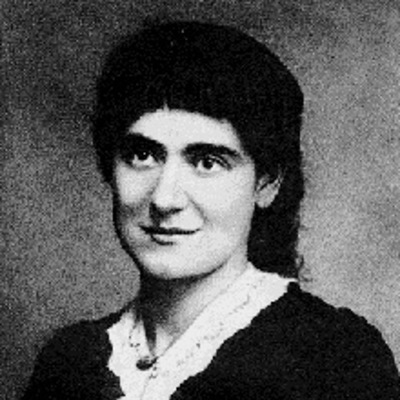 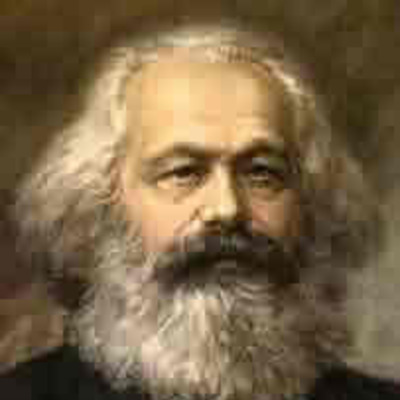 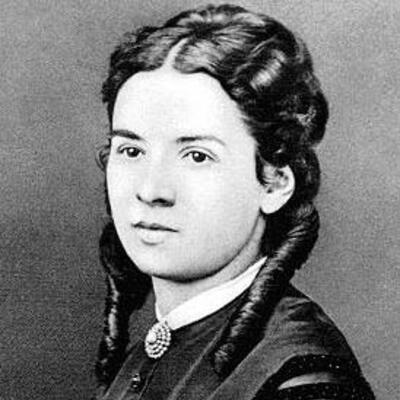 Wife of Karl Marx.  Born Germany.  Childhood friend of Marx, they married in ...

This section lists the subjects who helped to create/erect the memorial on this page:
Karl Marx grave 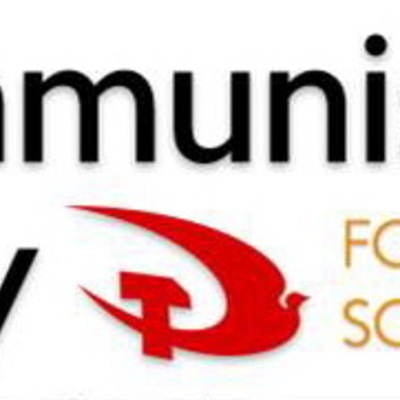 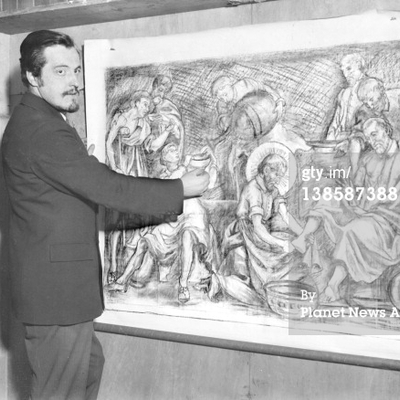 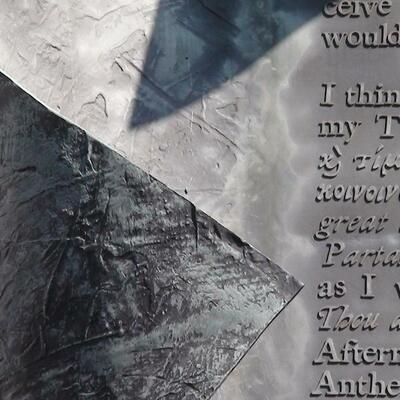 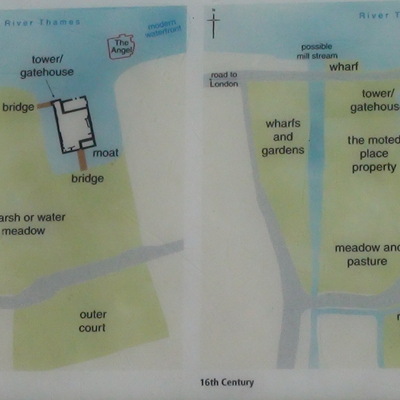 Our 'inscription' comes from the modern information panel just outside our photo to the right, as does the artist's impression of the bui... 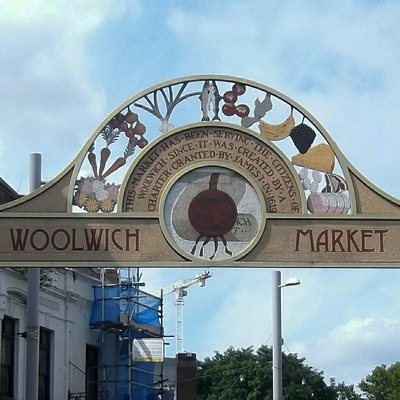 Inscriptions for Beresford Square and Woolwich Market are on opposite sides of the arch. 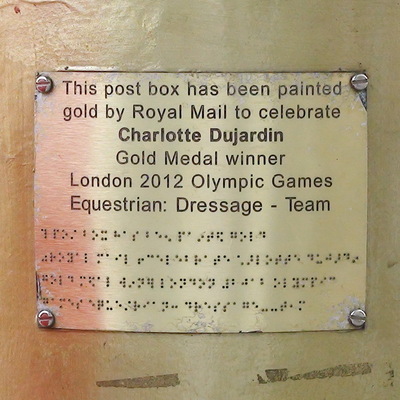 {On plaque attached to side of box:} This post box has been painted gold by Royal Mail to celebrate Charlotte Dujardin, Gold Medal winner... 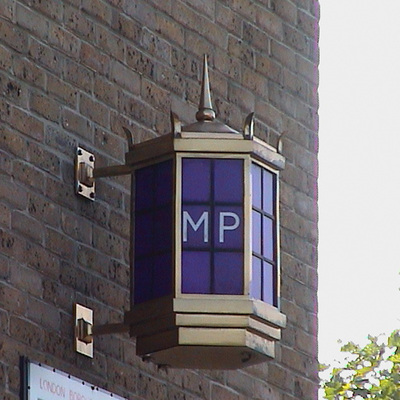