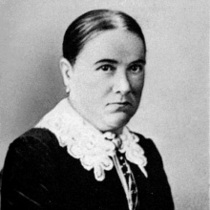 Housekeeper for Jenny and Karl Marx. Born Germany. Her date of birth is also sometimes given as 31 December. She was much more than a housekeeper. As a girl she was adopted into Jenny's family and when Jenny married Karl, Helena came too, and remained in the household until first Jenny and then Karl died: a housekeeper, a colleague in political work and a friend to them both. However, in 1851 she produced a baby with no apparent father. The child, Frederick Lewis Demuth, was adopted (as was common under these circumstances) and lived in London. Engels accepted paternity but probably just to protect Marx's reputation. In 1883, when Marx died, Demuth became Engel's housekeeper and also assisted him in his work as Marx's literary executor. Buried in the Marx family grave, apparently at the wish of Jenny,who had died 9 years earlier.

This section lists the memorials where the subject on this page is commemorated:
Helene "Lenchen" Demuth (or Helena)