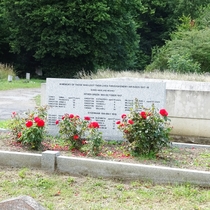 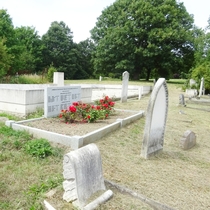 An earlier memorial had become indecipherable and was replaced by this one in 2017.

The memorial gives the gender and age so we can analyse the deaths: 19 females of which 8 were children (below 18); 9 males of which 5 were children. The youngest child was 3-year old Edith Elizabeth Kingston. Of course many of the men were away fighting in the war.

A nearby panel gives information about the victims of the raids.

This section lists the subjects commemorated on the memorial on this page:
Hither Green and Sydenham WW1 air raids

This was the last Zeppelin raid on London. The airship had intended to bomb i...

This section lists the subjects who helped to create/erect the memorial on this page:
Hither Green and Sydenham WW1 air raids