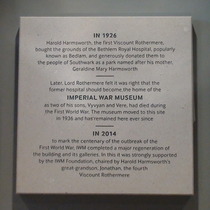 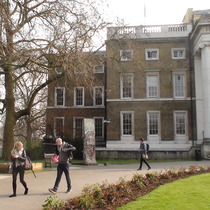 The Liberal Party was founded on this site 6th of June 1859.City of Westminst...

This dark plaque, only about 3 inches square, is attached to a wooden lifebel...