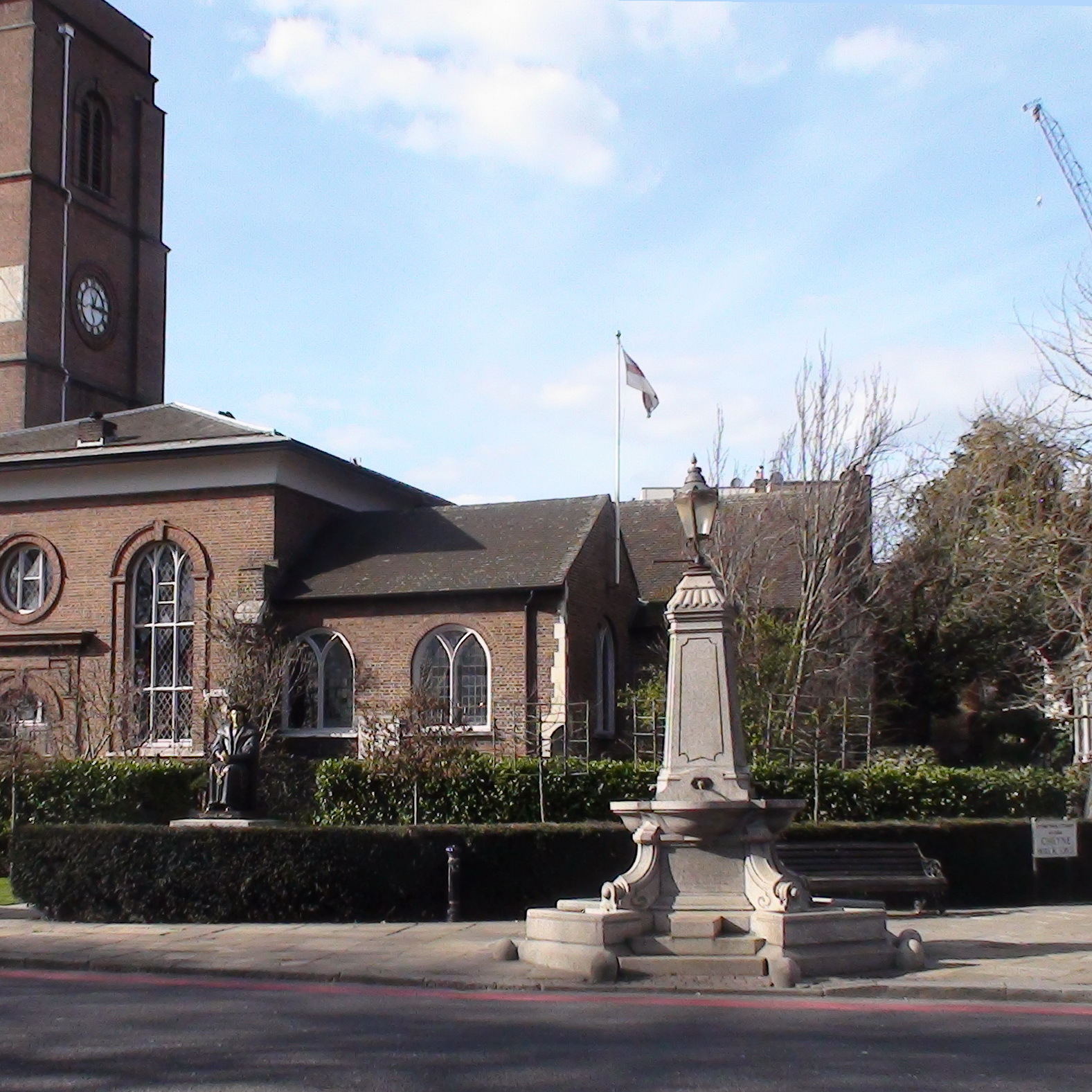 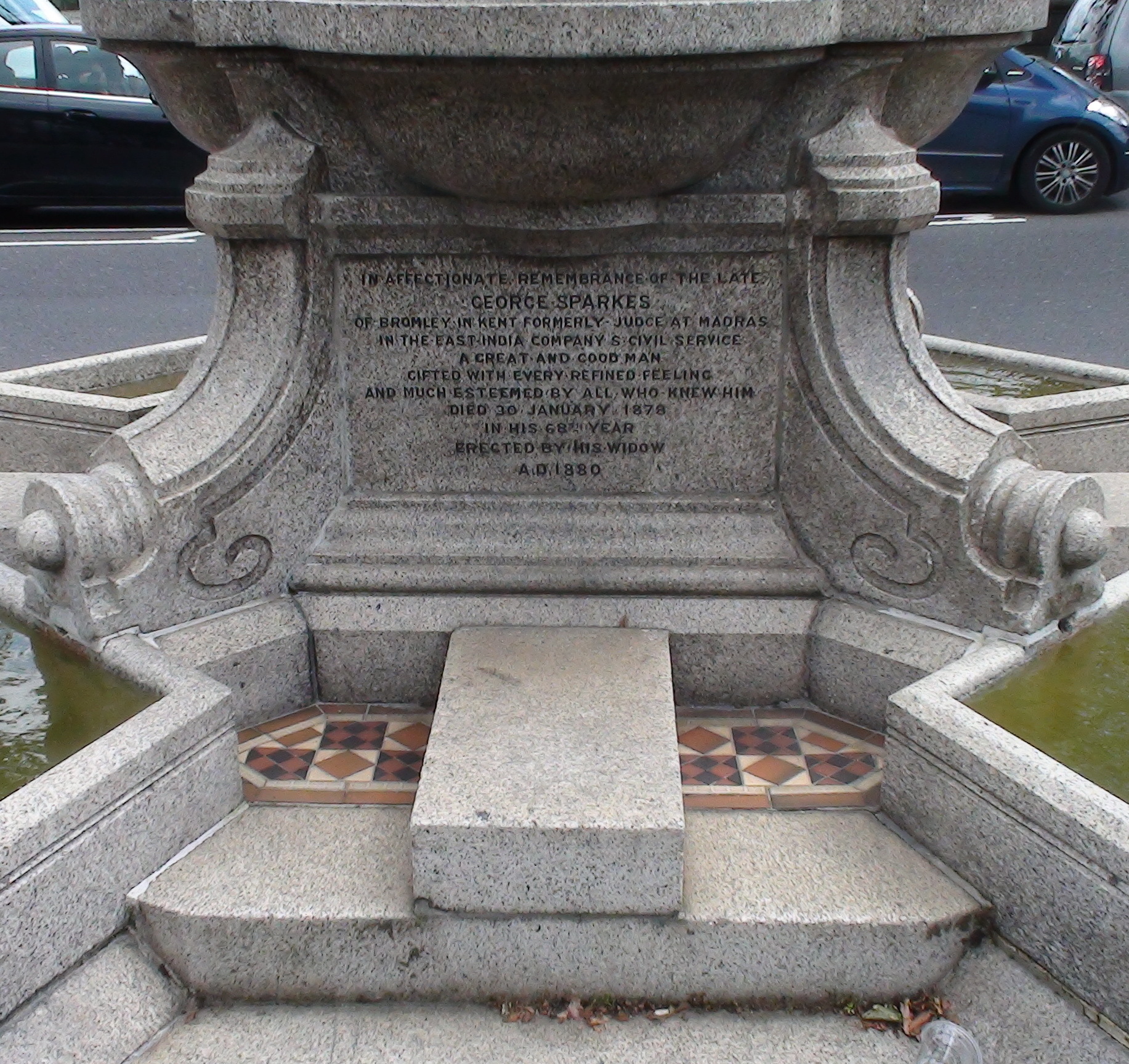 {Inscribed in the granite of the north, pavement, side of the plinth:}
In affectionate remembrance of the late George Sparkes of Bromley in Kent, formerly judge at Madras in the East India Company's civil service, a great and good man, gifted with every refined feeling and much esteemed by all who knew him.
Died 30 January 1878 in his 68th year.
Erected by his widow AD 1880.

{An equivalent quantity of Latin text is inscribed on the south, road, side of the plinth and we are pretty certain it says roughly the same as the English inscription.}

A modern plaque screwed to the west side of the plinth reads: "This plaque commemorates the completion of the refurbishment of this memorial fountain by Transport for London and the Royal Borough of Kensington and Chelsea, and the formal opening by the Worshipful the Mayor of the Royal Borough of Kensington and Chelsea, Councillor Robert Freeman, and Dana Skelley OBE, Director of Asset Management, Transport for London, 18th May 2016."

An exceedingly dull plaque but the refurbishment left this fountain actually providing water, for people and animals. This is so rare that we will forgive them the plaque!

See the George Webster fountain in Dulwich Village for another manifestation of this design.

This section lists the subjects commemorated on the memorial on this page:
George Sparkes memorial 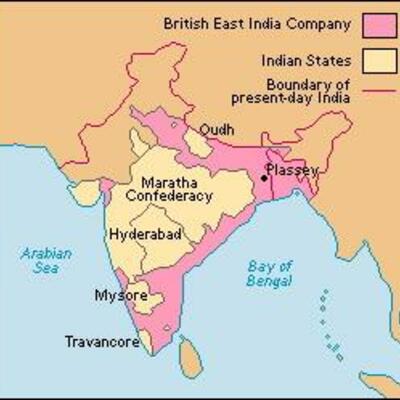 London Parks and Gardens Trust provides: In the 1850s No 16 High Street {Brom...

This section lists the subjects who helped to create/erect the memorial on this page:
George Sparkes memorial 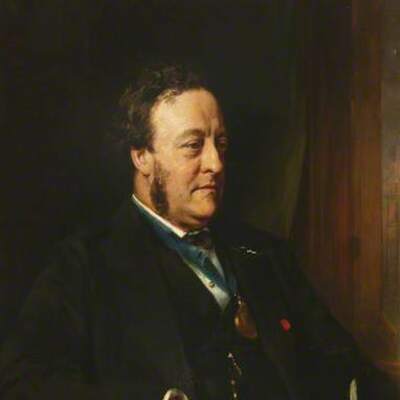 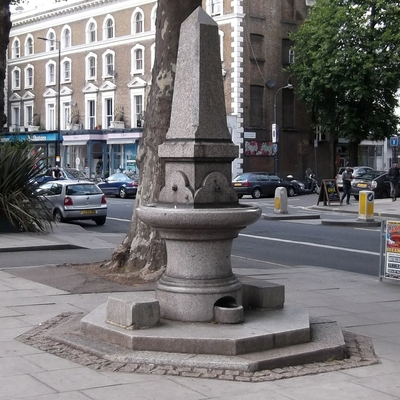 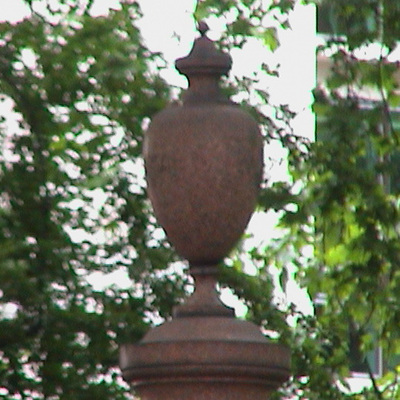 {On the east face:} In memory of Sir James John Hamilton Bart., 1876The memory of the just is blessed.{There are 3 more biblical quotati... 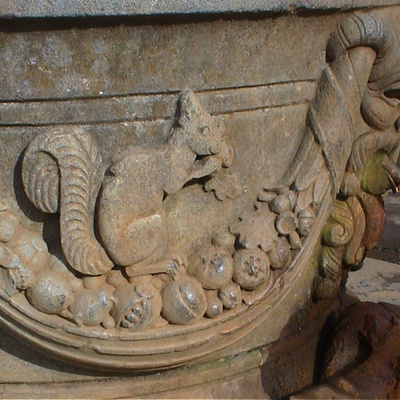 The decoration on the urn is delightful. Strung between 4 classical style masks are fruit garlands supporting a variety of creatures: s... 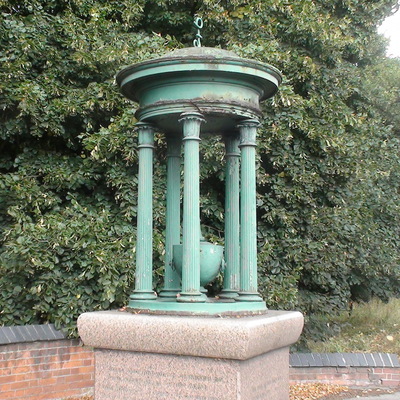 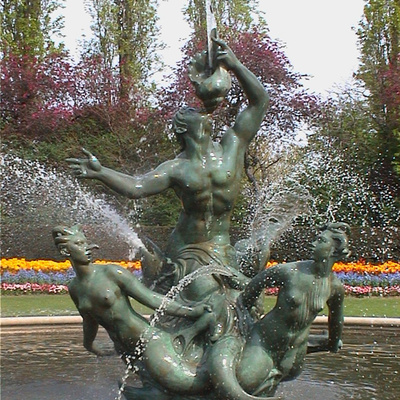 Donated in 1950. The surrounding terrace layout was designed by Goetze in collaboration with Duncan Campbell in 1938. Sculptor: William ...