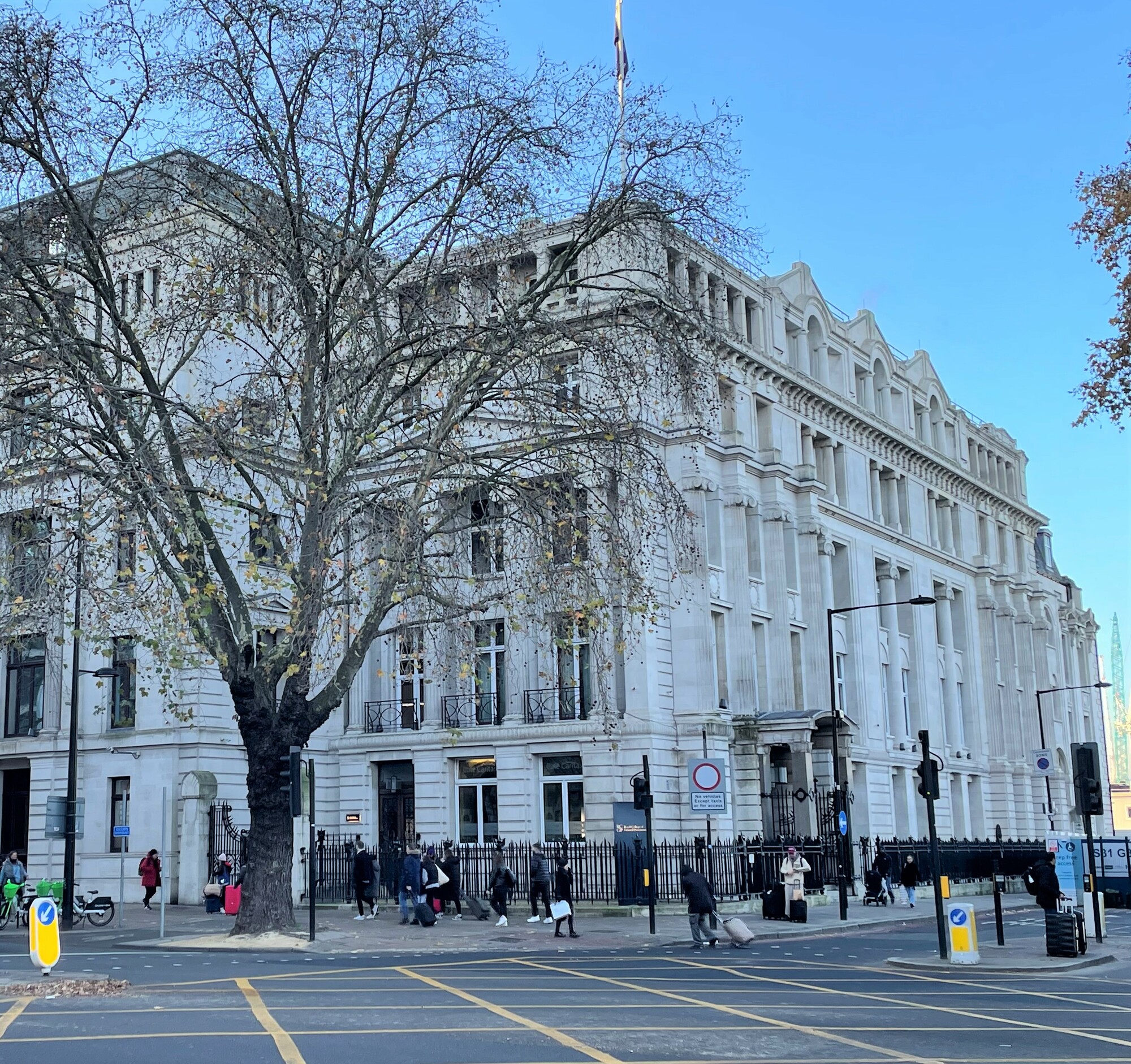 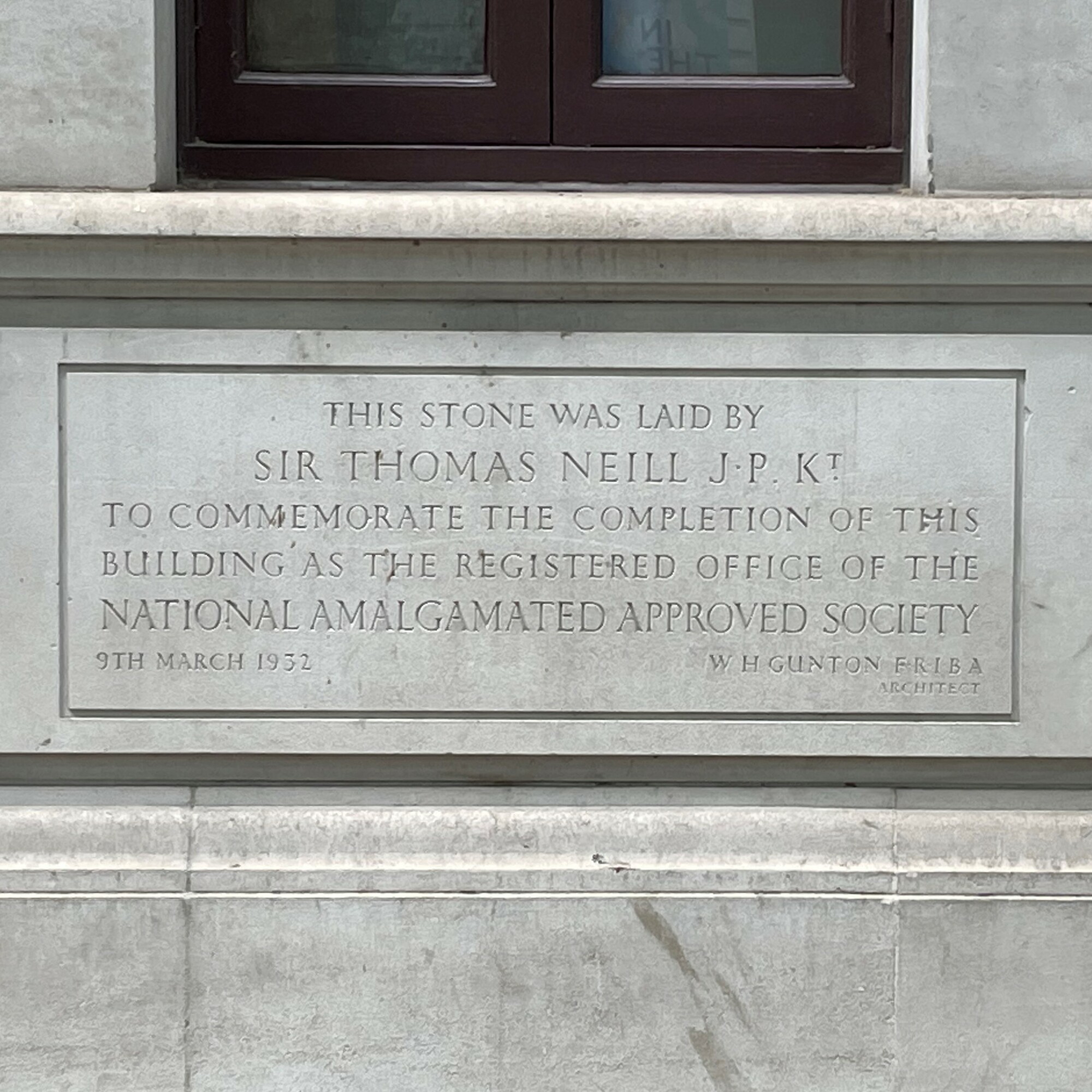 This stone was laid by Sir Thomas Neill JP, Kt, to commemorate the completion of this building as the registered office of the National Amalgamated Approved Society.
9th March 1932
W. H. Gunton, FRIBA

This plaque refers to the Euston Road extension to the original 1908 Beresford Pite building, which is of much higher quality.

Neill  was chairman of the National Amalgamated Approved Society.

The Martin plaque is above the door, inside the projecting porch in Melton Street, shown in our photo. The Duke of Edinburgh plaque is on a public wall inside the ground floor of the building. The foundation stone for the extension is low on the Euston Road frontage, to the left of our photo, between the parked bike and the person in the dark red coat.

2022: we cannot see the plaque to Indian doctors on the outside of the building and the people in reception knew nothing about it so we have to assume it is lost, or was never erected other than on the easel.

There is a cafe on the ground floor of the building and there are often small exhibitions here. Do go in and have a look - the tiling in the large foyer area is lovely.

A leaflet we picked up in the building and the Wikipedia page together provide the following.

The original 1906-8 building, with the Melton Street frontage, was built as the HQ of the London, Edinburgh and Glasgow Assurance Company, and is now listed Grade II*. LEGAC specialised in providing welfare insurance for low income workers and their families. This was one of the first purpose-built office buildings in an area that was primarily residential. LEGAC was taken over by Pearl Assurance which donated the building to the new National Amalgamated Approved Society in 1912.

Over time the original architect, Beresford Pite added extensions: to the roof - 1913, and to the north - 1923. The large extension giving it a long Euston Road frontage (part of Beresford Pite's original vision) was by W. H. Gunton in 1932.

With the creation of the NHS the NAAS ceased to exist and the building was taken over by the government in 1948 and then passed back into private hands. After a period of vacancy the Royal College of General Practitioners took it over and in October 2012 it re-opened as their HQ.

The National Library of Medicine has a splendid page on this building with some original Beresford Pite drawings.

This section lists the subjects commemorated on the memorial on this page:
Foundation Stone NAAS

Architect. Photo shows another work of Gunton's in London, "The exterior of J...

This section lists the subjects who helped to create/erect the memorial on this page:
Foundation Stone NAAS

Irish-born insurance executive and pioneer of National Health Insurance. In ...

This section lists the other memorials at the same location as the memorial on this page:
Foundation Stone NAAS 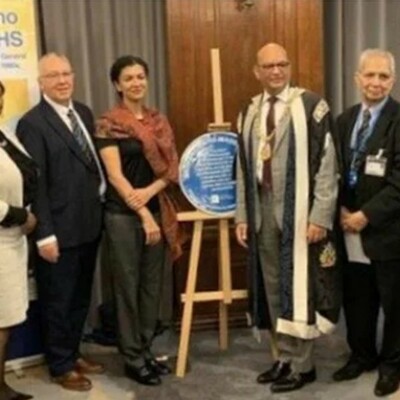 We only know about this plaque from an article in the 24 November 2019 Hindus... 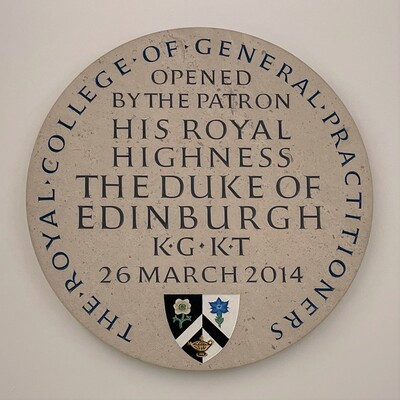 RCGP opened in this building

The Royal College of General Practitioners Opened by the patron, His Royal Hi... 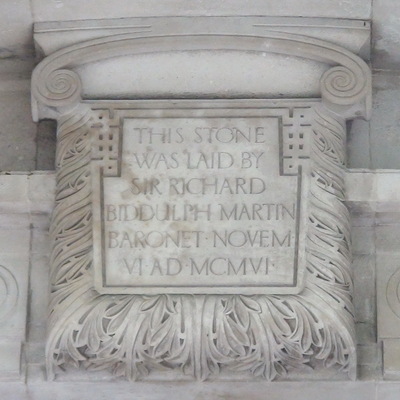 London, Edinburgh and Glasgow Assurance Company had an account with Martin's ... 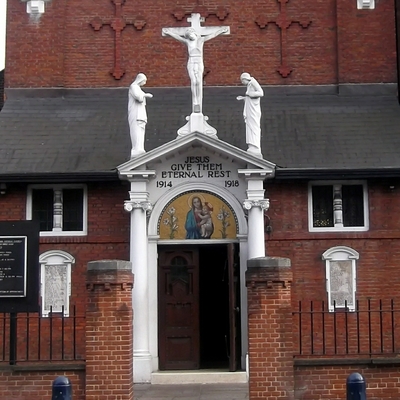 Lewisham War Memorials have researched all the names on this memorial. 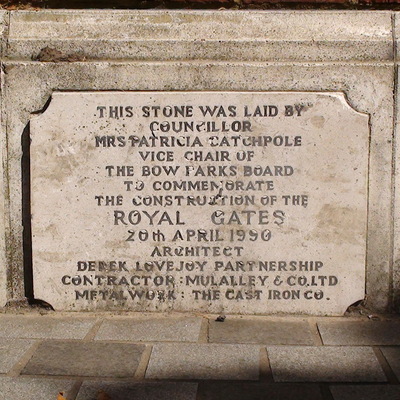 The plaque is not clear about what was constructed. The piers look original so we guess it was just the gates themselves. 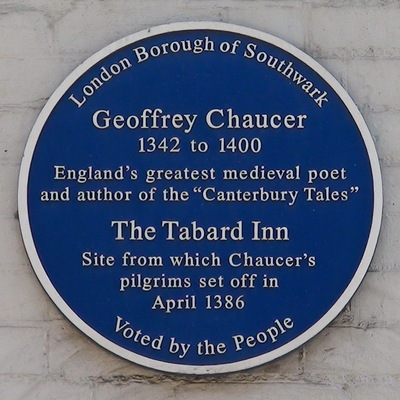 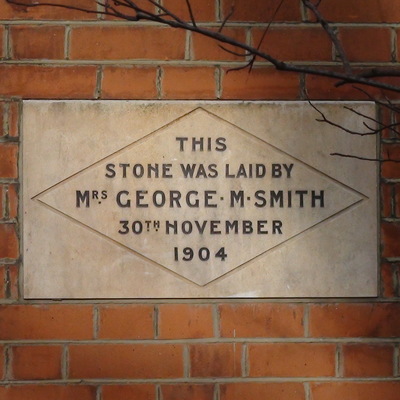 We are grateful to London Footprints for this information: “This was designed in 1905 by R Stephen Ayling for 'ladies engaged in or train... 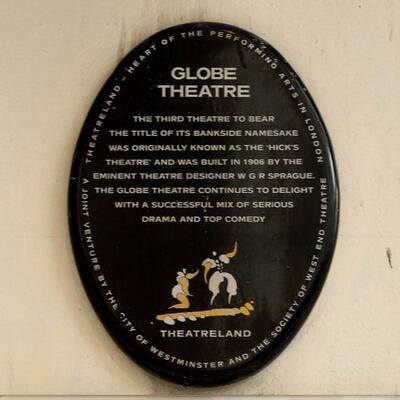 Renamed from the Globe to the Gielgud Theatre in 1994.