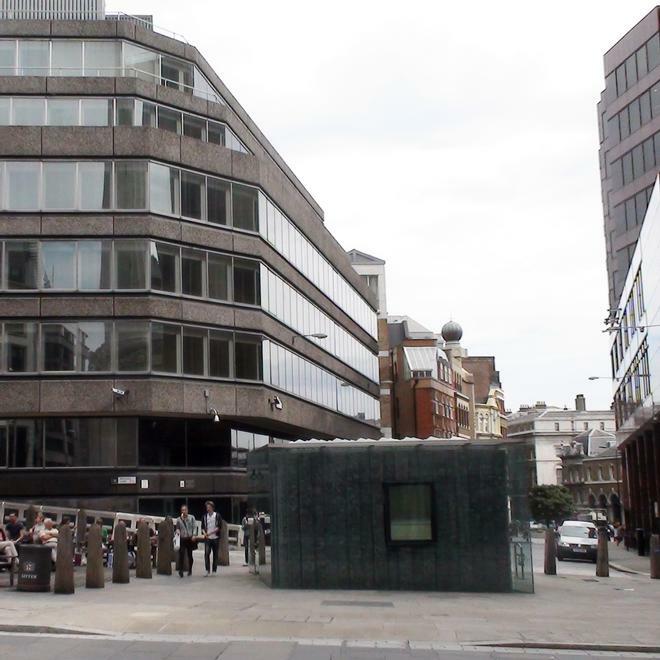 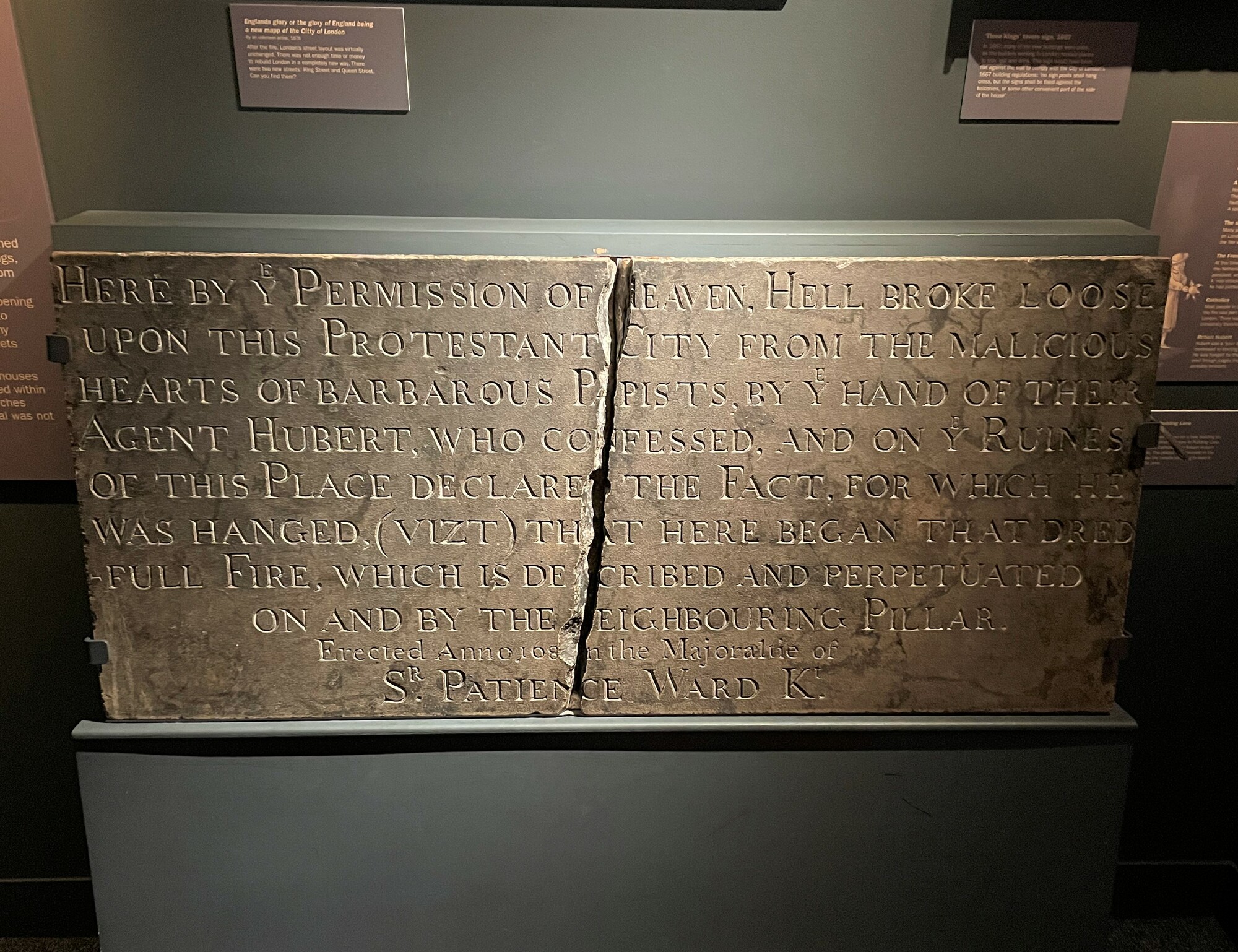 Here by ye permission of heaven, hell broke loose upon this Protestant city from the malicious hearts of barbarous Papists, by ye hand of their agent Hubert, who confessed, and on ye ruines of this place declared the fact, for which he was hanged, (vizt.) that here began that dredfull fire, which is described and perpetuated on and by the neighbouring pillar.
Erected Anno 1681 in the majoraltie of Sr. Patience Ward, Kt.

This is a large plaque, perhaps 2 or 3 feet wide.

We tracked this plaque down at the Museum of London in November 2021 (before the Museum moved to Smithfield). Nearby panels inform: "Plaque from the Pudding Lane bakery site, 1681. In 1681 this plaque was placed on a new building on the site of Thomas Farriner's bakery in Pudding Lane. Its inscription blames Catholics and Robert Hubert for starting the fire. The plaque was removed in the mid-1700s because the crowds stopping to read it were causing traffic jams."

The plaque that was erected in 2016 to commemorate this plaque (yes, really) states that this plaque has been beneath the cobbles of Monument Street since 1887, but we've seen it, at the Museum.

British History Online brings some clarity:  "The Great Fire of 1666 broke out at the shop of one Farryner, the king's baker, 25, Pudding Lane. The following inscription was placed by some zealous Protestants over the house, when rebuilt:—"...{the inscription on the plaque}..." This celebrated inscription (says Cunningham), set up pursuant to an order of the Court of Common Council, June 17th, 1681, was removed in the reign of James II., replaced in the reign of William III., and finally taken down, "on account of the stoppage of passengers to read it."Entick, who made additions to Maitland in 1756, speaks of it as "lately taken away."

So it seems the plaque was erected 1681, removed sometime 1685-8, replaced 1689-1702, removed c.1750. The plaque to the plaque refers to it being beneath the cobbles since 1887 but offers no explanation of where it had been between 1750 and 1887, nor what caused it to be buried. 1887 was the year of Queen Victoria's Golden Jubilee but we can't imagine burying plaques was part of the festivities. And if was buried, at what point was it resurrected and given to the Museum?

All very puzzling, but at least the plaque exists and can be seen.

This section lists the subjects commemorated on the memorial on this page:
Fire of London plaque - Museum of London 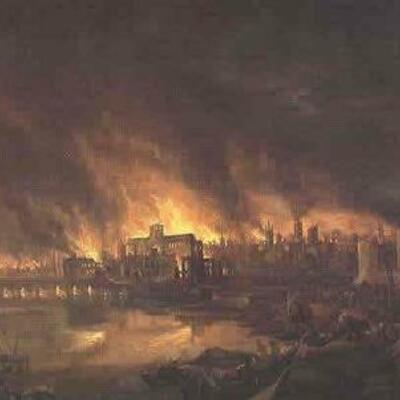 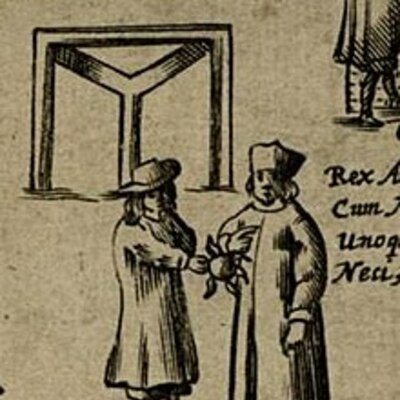 A watchmaker from Rouen, France, who was executed following his false confess... 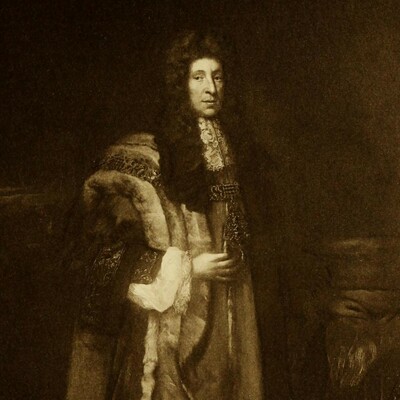 Merchant and early Whig politician. He was elected Lord Mayor of London in 16...

This section lists the other memorials at the same location as the memorial on this page:
Fire of London plaque - Museum of London 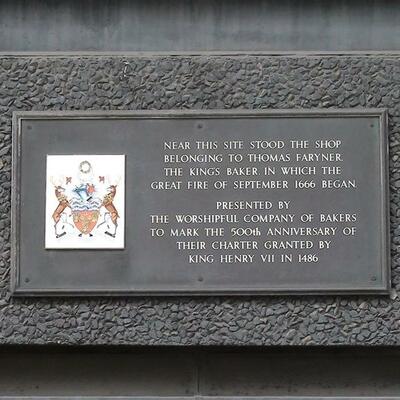 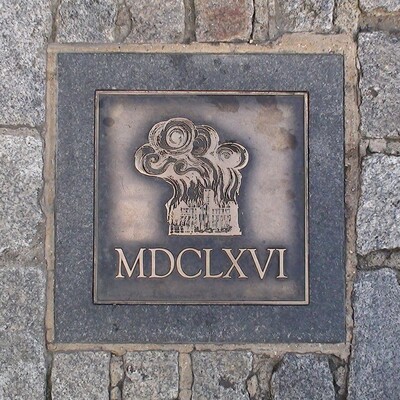 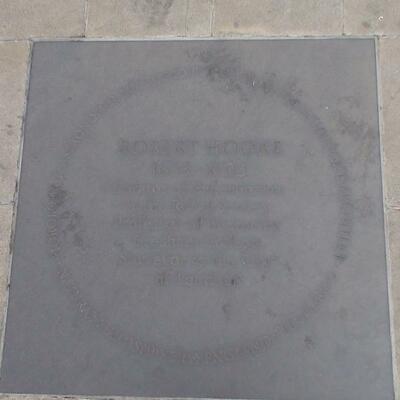 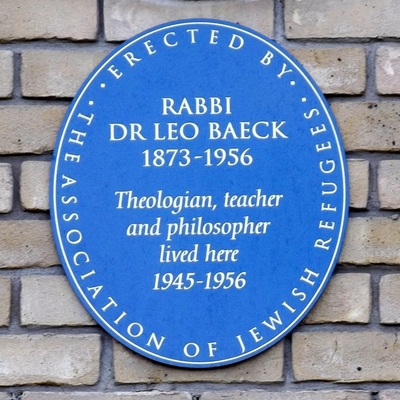 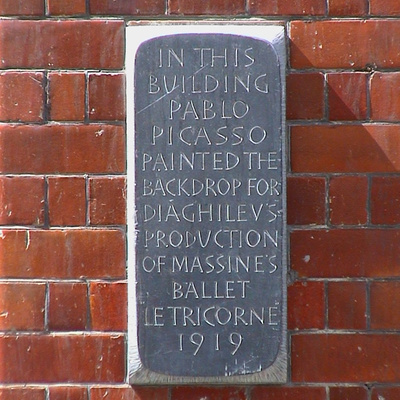 Picasso worked here for 2 months in the studio of the Diaghilev's set-painters, Vladimir and Elizabeth Polunin. 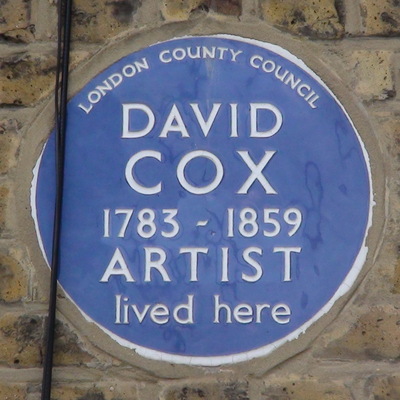 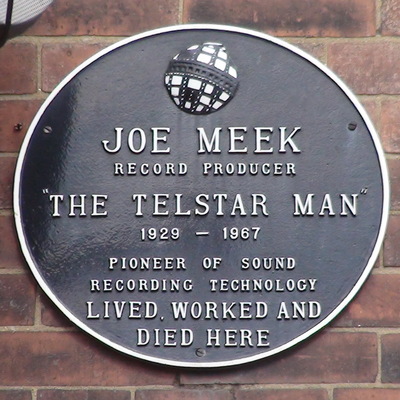 This plaque can be seen in our photo, slightly obscured by a satellite dish (oh, the irony).  The day we visited was 15 April 2012, which... 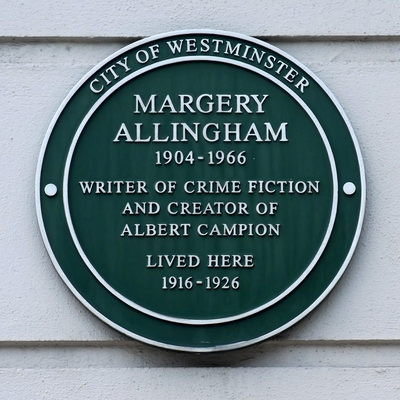