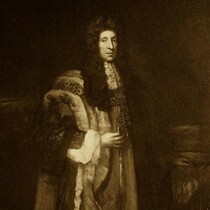 Merchant and early Whig politician. He was elected Lord Mayor of London in 1680.

Named Patience by a father disappointed that he was not a girl (now, that's unusual).

From Wikipedia: "The extreme Protestantism of the city, probably directed by Ward, had early in his mayoralty led to an additional inscription being engraved on the Monument to the Great Fire of London stating that the fire of London had been caused by the papists; and a further inscription {on the plaque now in the Museum} to the same effect was ordered to be placed on the house in Pudding Lane where the fire began."

Out of favour and escaping a perjury trail he exiled himself in Holland 1683-8. Back in favour until his death.

This section lists the memorials where the subject on this page is commemorated:
Patience Ward

Born Ireland, brother to Alexander. Moved his drapery business to London in 1...