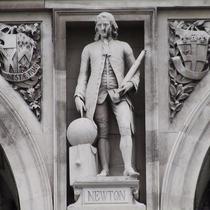 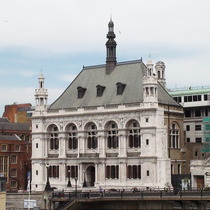 {On the statue's plinth:}
Newton

This section lists the subjects commemorated on the memorial on this page:
City of London School 4 - Newton

This section lists the subjects who helped to create/erect the memorial on this page:
City of London School 4 - Newton

This section lists the other memorials at the same location as the memorial on this page:
City of London School 4 - Newton

Wikipedia gives the architects as "Davis and Emanuel Pevsner". We believe the...