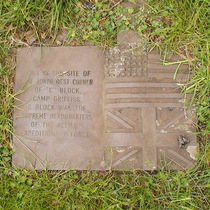 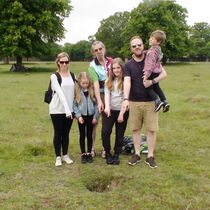 {On the left side:}
This is the site of the north west corner of "C" block, Camp Griffiss. C Block was the Supreme Headquarters of the Allied Expeditionary Force.
{On the right side: a Stars and Stripes above a Union Jack.}

This section lists the subjects commemorated on the memorial on this page:
Camp Griffiss, Block C, NW corner

This section lists the other memorials at the same location as the memorial on this page:
Camp Griffiss, Block C, NW corner