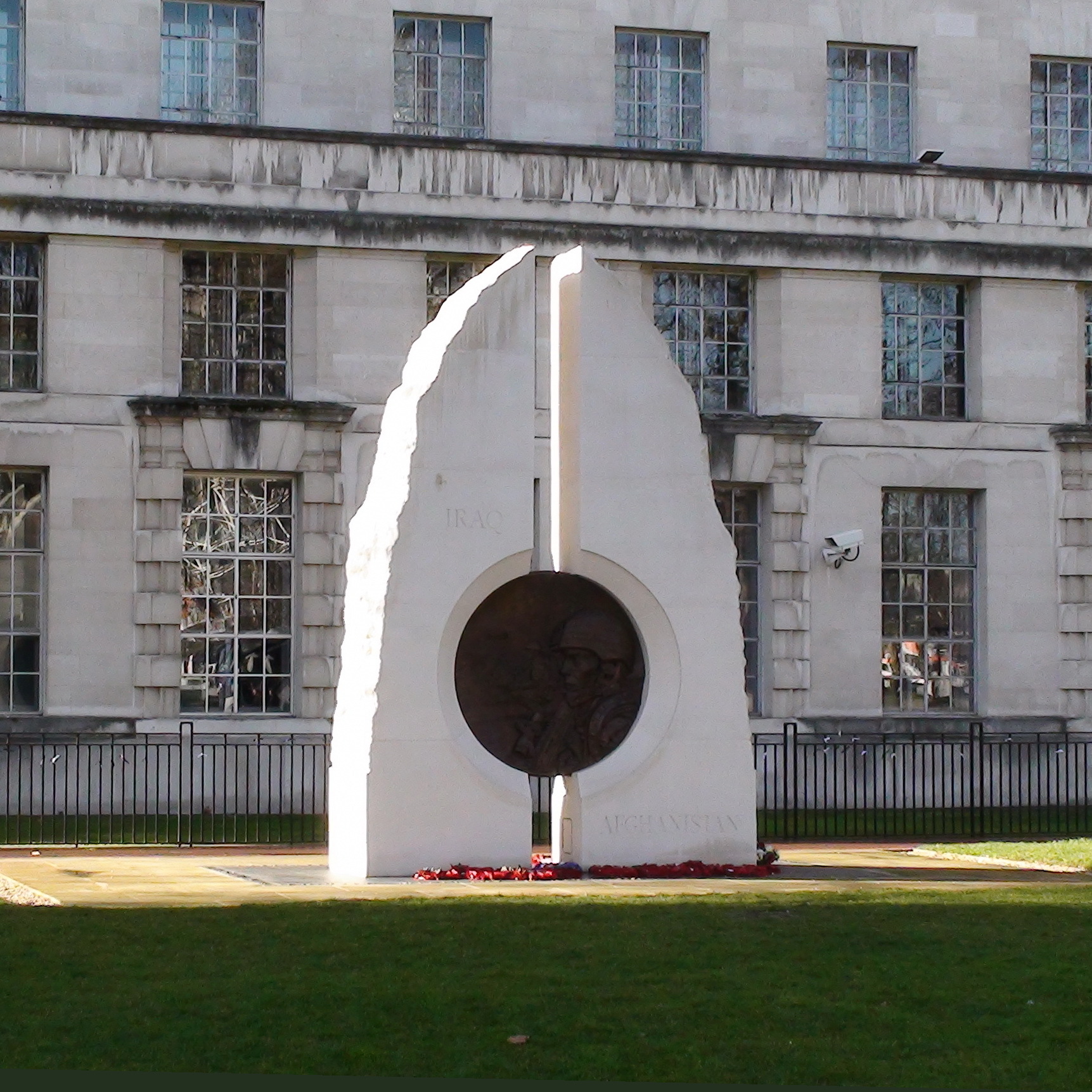 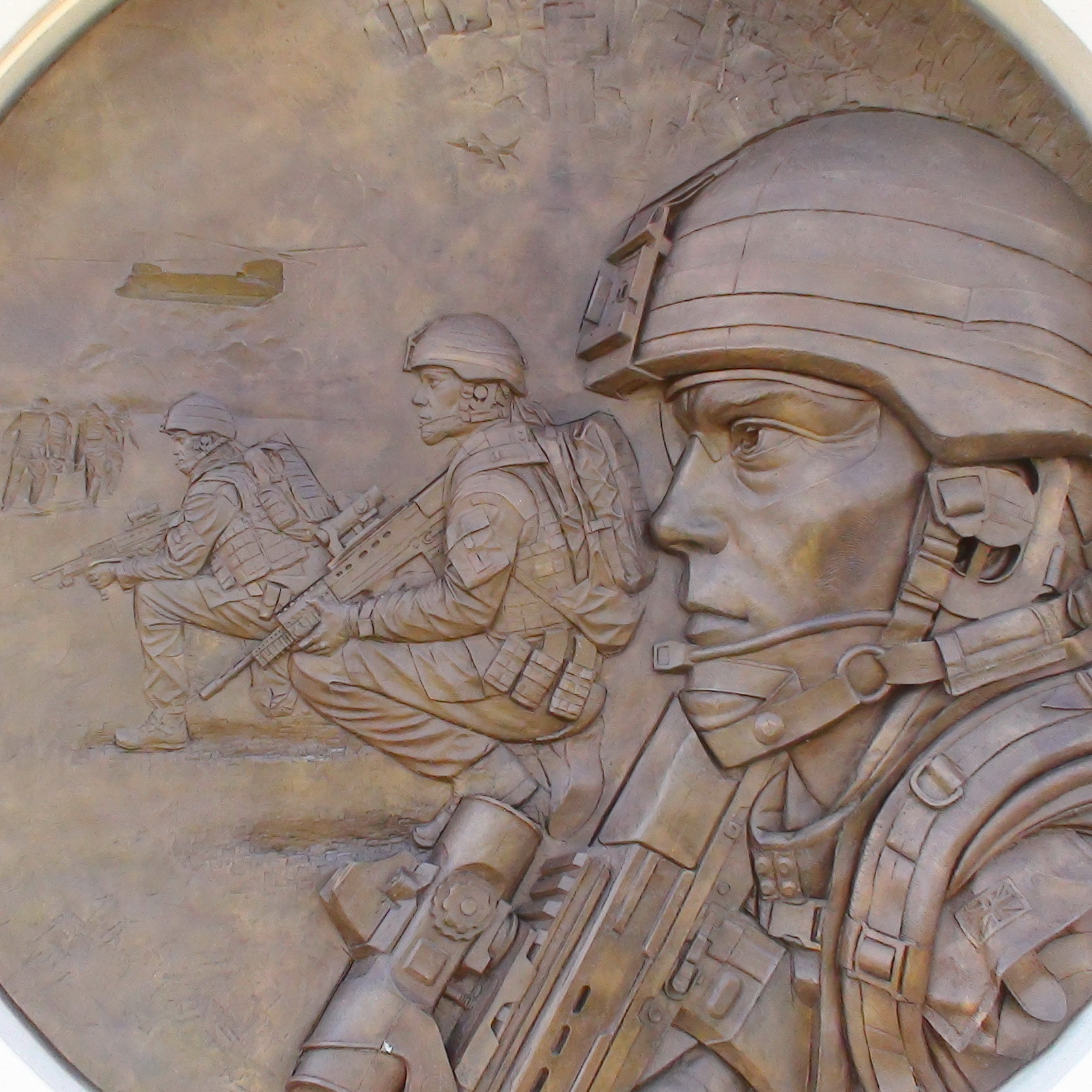 {On the ground, around the edge of the area of gray stones on which the monument stands:}
In recognition of all British military personnel and UK civilians who served and worked in Iraq 1990 – 2009 and Afghanistan 2001 – 2015.

{Carved into the stone, on the front:}
Iraq
Afghanistan

{and on the back:}
Duty
Service

{and back:}
Paul Day

Our photo shows the relief at the front representing the military operations. The relief on the back shows civilian workers distributing parcels labelled 'UK aid', etc. Note that no names are given and that the memorial commemorates all those who served, not just the dead. The Queen unveiled the memorial in the presence of a number of her relatives and also a number of (ex-)Prime Ministers, including, controversially, Tony Blair. Relatives of the dead were not invited.

The Basingstoke Observer has some insights in how the monument was created. The two stones represent Afghanistan and Iraq, or alternatively, the themes of Duty and Service. The wars covered by the memorial are: The Gulf War (1990-91); The Iraq War (2003-9); The Afghanistan War (2001-15). The dates relate to the UK's involvement - the wars generally continued for years afterwards. A total of 682 UK military died in these wars.

This section lists the subjects commemorated on the memorial on this page:
Afghan and Iraq wars

47 UK military died in Iraq during this war.

This section lists the subjects who helped to create/erect the memorial on this page:
Afghan and Iraq wars 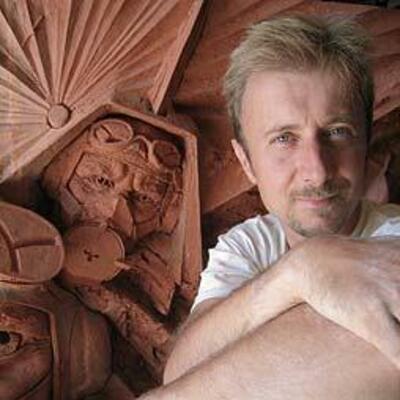 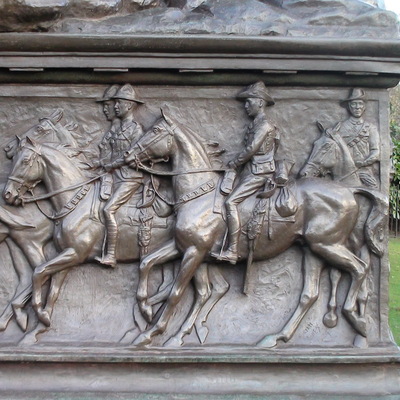 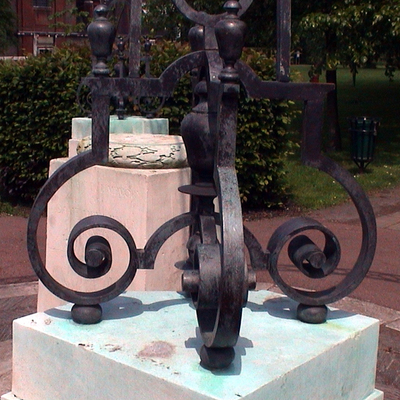 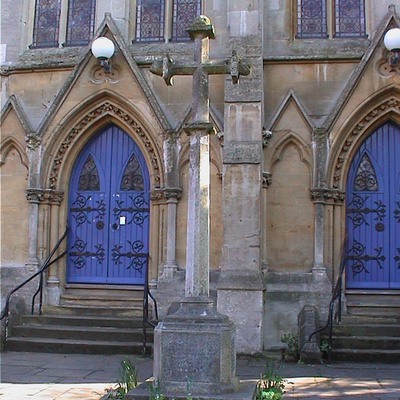 2015: We read that the cross is being refurbished.  13 or 14 of these names are also on the nearby Highgate Camp memorial.  Two of the na... 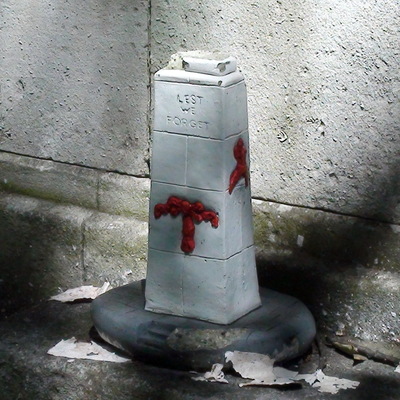 The way this monument meets the sloping ground has been well thought out: a small platform edged with a low ridge and connected to the pa... 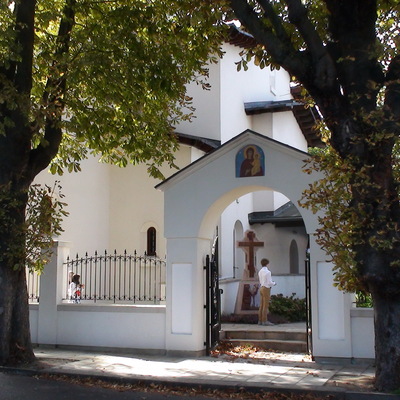 W4, Harvard Road, 57, Cathedral of the Dormition of the Mother of God and the Royal Martyrs

The monument carries the Russian royal crest and the text in Russian as well as English.