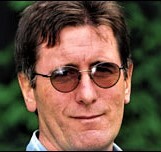 Michael Stanley Brewster was born on 22 March 1953 in Derby, Derbyshire, the son of William Stanley Brewster and Margaret Brewster née O'Neill. He married Sandra Wall (b.1957) and the marriage was registered in the 3rd quarter of 1980 in the Chesterfield registration district. They had two children: Katie Brewster (b.1985) and Mark Brewster (b.1988). A civil engineer, he was a senior project manager at Derbyshire County Council and electoral registers from 2003 to 2005 show him listed at 69 Hickton Road, Swanick, Alfreton, DE55 1AG. His obituary can be found on the BBC News website.

He died, aged 52 years, on 7 July 2005 In the underground tunnel of the Circle Line on the London Underground Railway between Edgware Road and Paddington underground stations that were targeted by a suicide bomber. The narrative verdict of his death can be found on the Coroner's Inquest Report.

He was buried in Ripley Cemetery at 30 Providence Street, Ripley, DE5 3HY.

He is also commemorated on a plaque at the Torrs Millennium Walkway, New Mills, High Peak, Derbyshire, a plaque at Railway Terrace/Station Approach, Castle Ward, Derby, DE1 2QE and the provision of the Brewster Memorial Garden at 1-5 South Street, Swanwick, Alfreton, DE55 1EY.

This section lists the memorials where the subject on this page is commemorated:
Michael Stanley Brewster