Andrew Behan has kindly provided this research: Captain William Edward Davy was born on 7 September 1892 at 39 Russell Road, Kensington, one of the nine children of John William Davy and Kitty Helena Davy née Roads. His father was a Letter-Press Printer.

The 1901 census shows him living with his parents, five of his siblings, a cook, a nurse and a housemaid at 32 Russell Road, Kensington. He was educated as St. Paul's School, Hammersmith and was a chorister at King's College, Cambridge. The 1911 census confirms he was still living at this address with his parents, five siblings, a cook and a housemaid. His occupation was shown as an Apprentice Printer (Compositor).

On 2 December 1913 he was admitted to the Freedom of the City of London by patrimony in the Worshipful Company of Stationers as a Liveryman and his address at the time was given as 8/9 Frith Street, Soho Square, London.

In September 1914 he joined the Public Schools Battalion and was transferred as a Lieutenant to the 13th (Service) Battalion, Cheshire Regiment serving as the Battalion Adjutant.

On 15 December 1914 he married Mary Blanche Paschoud at St Barnabas Church, Addison Road, West Kensington. The parish register shows him living at 32 Russell Road, Kensington and his occupation as a Lieutenant in HM Forces. Her address is recorded as Vevey, Canton Vaud, Switzerland.

In September 1915 he entered France with his regiment and was promoted to the rank of Captain. He was killed in action, aged 23 years, on 7 July 1916 and as he has no known grave he is commemorated on Pier and Face 3C and 4A of the Thiepval Memorial, Thiepval, Somme, France. Probate records state that on 26 October 1916 administration of his will was granted to his widow's attorney, John William Davy (his father) and his effects totalled £160-8s-8d. On 9 January 1917 his army effects, totalling £134-2s-2d were sent to his father. He was posthumously awarded The 1914-1915 Star, The British War Medal 1914-1918 and The Victory Medal.

This section lists the memorials where the subject on this page is commemorated:
William Edward Davy 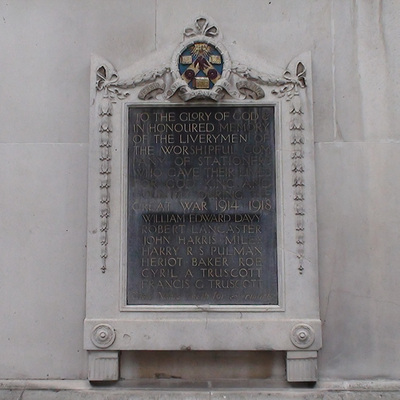 Originally an association of fur traders, it is now an educational and charitable institution. It is one of the Livery Companies of the City of London. 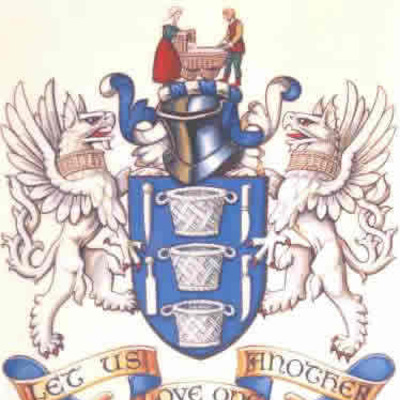 Established by an Order of the Court at Aldermen on 22 September 1569, a Royal Charter being granted in 1937. Today it supports the trade in this country and helps to foster links with the craft ac...

Master of the Worshipful Company of Butchers, 1961 - 1962.  Another escapee from nominative determinism! (see Brunel.) 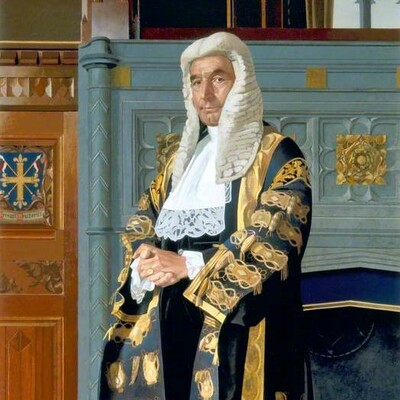