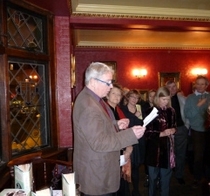 One of London's oldest markets.  Started trading in 17th century and was know...

Formed in London with the purpose of promoting trade, communication, defence,...

Our picture source, HSomerville provides a thorough history of this area and ...