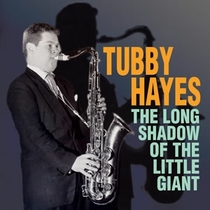 Tenor-saxophonist. Born Edward Brian Hayes at the Royal Free Hospital.In 1935, At the age of sixteen he joined Kenny Baker's sextet, and later played for many of the big-band leaders of the day. In 1955 he formed his own octet, and in 1957 he joined Ronnie Scott in co-leading a quintet. By the mid-sixties, facing competition from rock and roll, rhythm and blues and the Beatles, regular gigs were hard to come by. He suffered from increasing health problems and died during a heart operation in Hammersmith Hospital.

This section lists the memorials where the subject on this page is commemorated:
Tubby Hayes