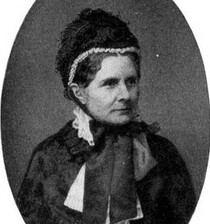 Priscilla Bright McLaren was an activist who served and linked the anti-slavery movement with the women's suffrage movement in the nineteenth century. She was a member of the Edinburgh Ladies' Emancipation Society and, after serving on the committee, became the president of the Edinburgh Women's Suffrage Society.

This section lists the memorials where the subject on this page is commemorated:
Priscilla Bright McLaren

Working-class suffragette from Manchester, member of the WSPU and one of the ...