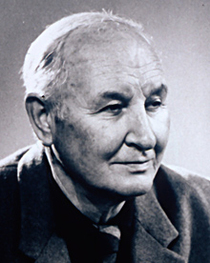 Sculptor and medallist. Born in Watford to an artistic family as Thomas Humphrey Paget but known as Humphrey Paget (although the plaque names him as Tom Paget). Commissioned for coins featuring Edward VIII but the abdication meant his designs were never used. His subsequent commission for George VI designs resulted in coins with a portrait considered "classic".

He also designed the ship on the obverse of the halfpenny, based on the Golden Hind, remembered fondly by anyone who was a child before decimalisation. 1942 married Winifred Turner, they lived in Sussex which is where he died.

This section lists the memorials where the subject on this page is commemorated:
Tom Paget

Sculptor.  Born Edinburgh.  Successfully established a studio in Rome for 10 ...

From Mapping Sculpture we learn that Louis Auguste Malempré was born Belgium ...