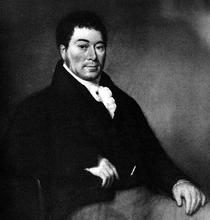 Bare-knuckle fighter. Born at Hanham, Gloucestershire. He moved to London at the age of 13 and worked as a bell-hanger and coal porter. Following his first two fights in 1805, he decided to become a professional pugilist, winning the British and world titles in 1810. He retired in 1812 to become a coal merchant and later publican of the Union Arms, close to where the existing pub now stands. He died at 111 High Street, Woolwich.

This section lists the memorials where the subject on this page is commemorated:
Tom Cribb

Oarsman. Born William Nicoll Duthie Kinnear at Balmanno in the Parish of Mary...