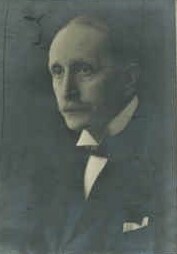 Thomas Godfrey Baynes was born on 15 August 1865 in Milton, Kent. He was the second of the six children of Thomas Clarke Baynes (1836-1903) and Elizabeth Susanna Baynes née Smith (1841-1875). His birth was registered in the 3rd quarter of 1865 in the Gravesend registration district, Kent, and on 10 September 1865 he was baptised in Holy Trinity Church, Milton-next-Gravesend, Kent

His mother died in 1875 and in the 3rd quarter of 1877 his father was remarried to a Georgina Elspeth Lindgren (1831-1905) in the Cobham, North Aylesford, registration district, Kent,

When the 1881 census was taken he was shown as a clerk in a general shop living at 14 & 15 White Post Terrace, Gravesend, with his father and stepmother, three siblings: Godfrey John Baynes, Blanche Alice Baynes (1872-1949) and Eustace Tinley Baynes (1875-1944) together with a female general domestic servant. His father's occupation was described as clerk in H.M. Customs (London Docks).

When he completed his 1911 census return he described himself as a solicitor living in a twelve roomed property at 22 May Place Road West, Bexleyheath with his wife and three of their children: Eric, Beryl and Frank, together with two female general domestic servants. For some unknown reason he showed his son, Eric William Baynes, incorrectly as Eric Thomas Baynes.

Kelly's 1922 Directory of Kent  listed him as a solicitor at 12 High Street, Dartford and at 22 May Place Road, Bexleyheath, but their 1930 edition listed him as a solicitor & commission for oaths & clerk to Bexley Local Pension Committee & deputy registration officer for the Chislehurst & Dartford parliamentary division of Kent, 22 May Place Road West. It also listed Thos. Godfrey Baynes & Sons, solicitors & commissioners for oaths at 102a High Street, Bexleyheath.

Electoral registers for 1937 and 1939 show him, his wife, together with their daughter, listed at Okeford, Broomfield Road, Bexleyheath. The 1939 England and Wales Register shows him as a solicitor living with his wife at The Onslow Arms (now called the The Richard Onslow, 113-117 High Street, Cranleigh, Surrey).

Probate records confirm that he lived at Burrows View, Golf Links Road, Westward Ho, Bideford, Devon and that he died, aged 77 years, on 16 November 1942. His death was registered in the 4th quarter of 1942 in the Bideford registration district. Probate was granted to his widow on 4 March 1944 and his effects totalled £28,003-0s-11d. He was buried in the City of London Cemetery, Aldersbrook Road, London, E12 5DQ and in November 1958 the cemetery authorities removed the curbs and iron rails around his grave.

This section lists the memorials created by the subject on this page:
Thomas Godfrey Baynes