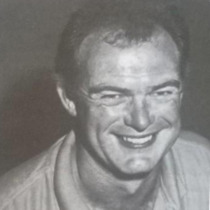 Terence James Hunt was born on 12 December 1957 and lived in Chadwell Heath, Essex.

He was a firefighter attached to Silvertown fire station who died, aged 33 years, on 10 July 1991 while fighting a warehouse fire at Hays Business Services Ltd, Gillender Street, Poplar, London E3.

Along with David Stokoe, their breathing apparatus ran out of oxygen.  An investigation into their deaths led to a radical overhaul of training in the London Fire and Civil Defence Authority (the body that governed the London Fire Brigade at the time). The Independent describes the mistakes made at the fire that led to the deaths.

This section lists the memorials where the subject on this page is commemorated:
Terry Hunt