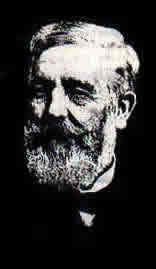 Philanthropist. Born in Crown Street, now Sun Street, EC2. Brought up in Mile End. Followed his father and brothers into the stationery and printing business.

1963 founded, and chaired, the philanthropic housing company The Improved Industrial Dwellings Company. Created a Baronet in August 1873. Master of the Stationers' Company. Lord Mayor of London 1872 - 1878. In 1886 he donated to London County Council the grounds of his home to become "a garden for the gardenless", which opened in 1891 as Waterlow Park. At the same time he gave his Highgate home, Lauderdale House. Died at home in Kent.

This section lists the memorials where the subject on this page is commemorated:
Sir Sydney H. Waterlow

This section lists the memorials created by the subject on this page:
Sir Sydney H. Waterlow

This elaborate fountain was commissioned by Bryant and May to celebrate the a...

Born Ireland, brother to Alexander. Moved his drapery business to London in 1...