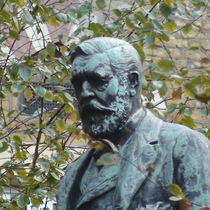 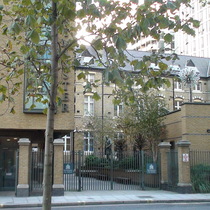 {On a plaque attached to the base of the statue:}
Sir Sydney Hedley Waterlow, Baronet, Chairman of the Board of Governors, 1873 - 1906.

Waterlow was elected the first Chairman of Governors of Westminster City School in 1873 and remained in the post until 1893.

Note: nearby in Windsor Place at the junction with Francis Street a block of workers' dwellings in grey brick carry a high up, large plaque: "The Improved Industrial Dwellings Company. Sir Sydney Waterlow Bart., Chairman 1875".

This section lists the subjects commemorated on the memorial on this page:
Sir Sydney Waterlow - SW1 statue

The marble original is in Richmond, Virginia, USA. This bronze copy was prese...