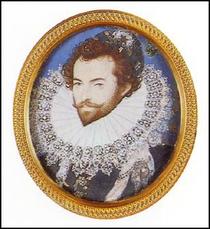 Drake and Hawkins were England's first slave traders, travelling to West Africa to capture men and women as early as 1560.