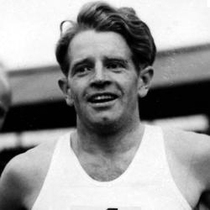 Athlete, politician and broadcaster. Born in Chelsea. He was one of the pacemakers when Roger Bannister ran the mile in under four minutes, and was the first BBC Sports Personality of the Year in 1954. He became one of the first newscasters on independent television in 1955. Elected as an M.P. in 1958 and again in 1969, he was appointed Minister for Posts and Telecommunications in 1970. After his political career ended, he pursued several business interests and was appointed chairman of the Civil Aviation Authority in 1991, being knighted in 1995. Died in St John's Hospice, St John's Wood.

This section lists the memorials where the subject on this page is commemorated:
Sir Christopher Chataway

Alderman in St Marylebone.  Ran a business as estate agent and surveyor in St...