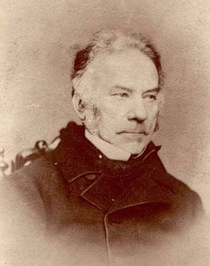 From British History Online: Master of the Haberdashers Company 1833-4 and leading force in the rebuilding of Aske’s Hospital 1826.

We have found some links between this politician and the Haberdashers so we feel reasonably confident in identifying him as the Benjamin Hawes on the plaque.

Early on he worked in the firm run by his father and uncle, in the business of soap-boiling. This brought him the parliamentary nick-name "Hawes the Soap-Boiler" (expecting something witty, weren't you?). Whig MP for Lambeth 1832 - 47. Married Isambard Kingdom Brunel's sister.

This section lists the memorials where the subject on this page is commemorated:
Sir Benjamin Hawes

Note that the plaque says that not only was a new building erected but also t...

President of the Chelsea Temperance Society from 1885 to 1894.

Had a career in advertising before being elected to Westminster City Council,...