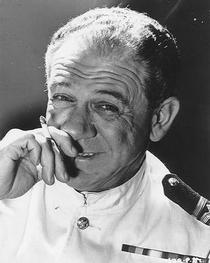 Created the captions on the Hitchcock murals.  We think this means that he wr...