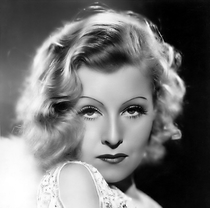 Film actor and singer. Born Helene Lilian Muriel Pape in Hornsey. Her father, a German businessman moved the family to Magdeburg. She studied at the dance and voice school of the Berlin Opera, taking her grandmother's maiden name as her professional surname. Her cinema career started with the film 'The Curse', and although appearing in more than fifty other films, she doesn't appear to have been well known to British cinema audiences. Died in Juan-les-Pins.

This section lists the memorials where the subject on this page is commemorated:
Lilian Harvey

A subdivision of the former General Post Office, (The equivalent of the moder...