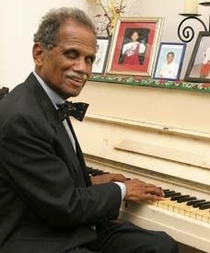 Musician. Born Russell Audley Ferdinand Henderson in Belmont, Trinidad. He came to Britain in 1951, and is most widely recognised as one of the founding figures of the Notting Hill Carnival.

Video describing the event which triggered the idea of the Notting Hill Carnival.

This section lists the memorials where the subject on this page is commemorated:
Russell Henderson

The nearest match we can find is "The Abruzzo and Molise Heritage Society of ...

This group still exists as a charity, but they do not seem keen to give away ...

In the aftermath of the London riots of 2011, the Peckham Shed encouraged loc...

An international organisation with the purpose of bringing together business ...