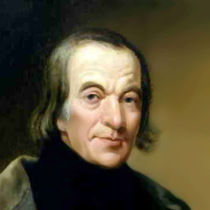 Socialist and philanthropist, father of the Co-operative movement. Born Wales. Learned the fabric trade and in 1784 was in London working for a retailer. But he quickly moved to Manchester where he progressed into the manufacture of cloth, very successfully. He implemented social reforms and new educational methods at his New Lanark mill and it became very influential. 1824-8 was in America where he set up an experimental socialist community.

1828 he moved to London and continued campaigning for industrial equality, improvements in working conditions, free education for children, etc. A pioneer in the co-operative movement., he was born too early, being a socialist before socialism existed.

He had declared all religions false in 1817 but in 1854 he became a believer in spiritualism. Returned to his native village in Wales and died there.

This section lists the memorials where the subject on this page is commemorated:
Robert Owen

This originated in 1882 from the power supply set up by Agostino and Stefano ...

Mine-owner in Dulais Valley, Wales, near Neath. Named his mine after his seve...