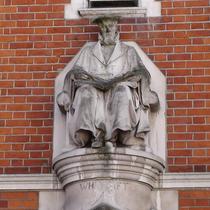 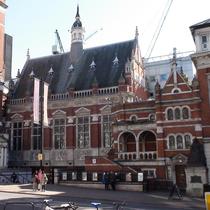 {Below the statue:}
Whitgift

This section lists the subjects commemorated on the memorial on this page:
Whitgift statue

Elizabeth I's last Archbishop of Canterbury. The palace used as a summer retr...

This section lists the subjects who helped to create/erect the memorial on this page:
Whitgift statue

Sculptor whose London works include: the wonderful bronze doorway of the P&a...

This section lists the other memorials at the same location as the memorial on this page:
Whitgift statue

{On a bronze plaque on the front of the plinth:}Victoria regina et imperatrix...