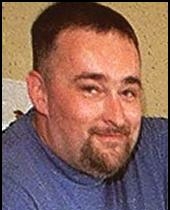 Caretaker of the Rednock School, Dursley, who also worked as a local councillor. Killed in the Ladbroke Grove rail disaster aged 41.

Andrew Behan has kindly carried out further research: Robert Howard Cotton was born on 29 June 1958. Married to his wife, Angela, he had been the caretaker of Rednock School, Dursley, Gloucestershire, for 14 years. He had been a Labour councillor of Stroud District Council and was an independent member of Dursley town council. A friend of Rodney Bickerstaff, the general secretary of the trade union Unison, who had attended his wedding, he was travelling to London for a national executive meeting of Unison, aboard the the 6.03am First Great Western Railway High Speed Train from Cheltenham Spa, Gloucesterhire, to Paddington, having joined the train at 6.30am at Stroud, Gloucestershire, and died, aged 41 years, on 5 October 1999 when it collided with the 8.06am Thames Trains Turbo train from Paddington to Bedwyn, Wiltshire, at Ladbroke Grove. The subsequent inquest was told that he had been identified by dental records.

This section lists the memorials where the subject on this page is commemorated:
Robert Cotton

David Graham Foulkes was born on 27 March 1983 in Oldham, Lancashire, the son...