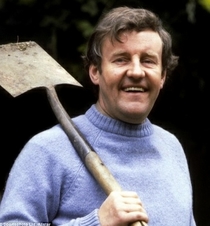 Actor. Born Richard David Briers at the Nelson Hospital in Merton. After many stage appearances, he came to national recognition in the television sitcom 'Marriage Lines'. He is however best remembered for the series 'The Good Life'. He went on to appear in 'Ever Decreasing Circles' and 'Monarch of the Glen'. His later career featured him in mainly cameo parts on television and in film, and his voice was heard narrating numerous commercials. Died in the Charing Cross Hospital.

This section lists the memorials where the subject on this page is commemorated:
Richard Briers