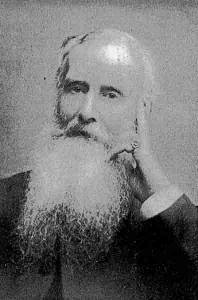 From St Augustine's Church website: "Richard Carr Kirkpatrick was the son of an Irish landowner and a friend and firm disciple of Dr Edward Bouverie Pusey who, with Keble and John Henry Newman, was one of the great Tractarian figures. Fr Kirkpatrick was curate of S. Mary, Kilburn but in 1867 a new Vicar was appointed who was unsympathetic to the Catholic worship that he found there. Encouraged by a resolute and united body of lay people, Kirkpatrick resigned and received permission from the Bishop to found a mission district in the southern part of Kilburn."

More information at Kirkpatrick Australian. And the Times 31 January 1916 tells that he died in Kilburn.

This section lists the memorials where the subject on this page is commemorated:
Rev. Richard Carr Kirkpatrick

Designed by Francis Octavius Bedford. Unusually it is orientated north-south ...

Burnt at the stake in Uxbridge for his Protestant beliefs. Aged 23. He was ...

Church first recorded in a document of 1196. Destroyed in the Great Fire, re...