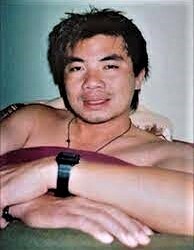 Michael Minh Matsushita was born on 25 May 1968 in Vietnam, the son of a South Vietnamese soldier killed in the conflict when he was just five months old. At the age of three, he and his mother, Muoi, emigrated to New York to join her new husband David Matsushita, a US aid worker. He grew up in the Bronx and, after an eight-year spell in California, returned to New York where he had a job in IT recruitment. He came to the UK in 2005 and was living in Islington with his girlfriend, Rosie Cowan. His obituary can be found on the BBC News website.

He died, aged 37 years, on 7 July 2005 when travelling in the underground tunnel of the Piccadilly Line on the London Underground Railway between King's Cross and Russell Square underground stations that was targeted by a suicide bomber. The narrative verdict of his death can be found on the Coroner's Inquest Report.

This section lists the memorials where the subject on this page is commemorated:
Michael Minh Matsushita